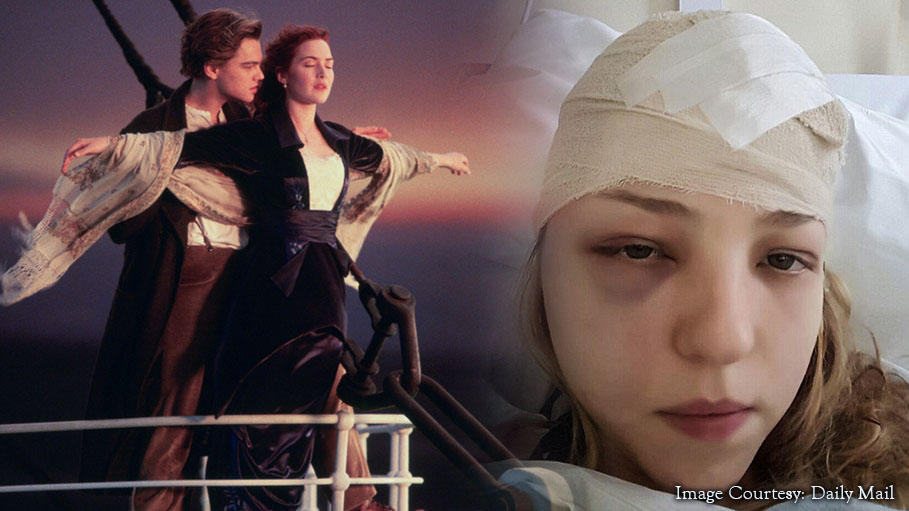 Twenty eight year old Gemma Nuttall and her mother appeared on a British show called ‘This Morning’ where Nuttall spoke about her bitter battle with ovarian cancer. Gemma Nuttall was diagnosed with ovarian cancer around the same time she discovered that she was 16 weeks pregnant. She underwent a C-section when the baby was around 36 weeks and brought forth baby Penelope into this world. Her real battle with cancer began after that. The people who came to her rescue were none other than Titanic stars- Kate Winslet and Leonardo Dicaprio.

After the chemotherapy treatment, the doctors gave Nuttall another shock of her life. They informed her that she had brain and lung cancer as well. Since, the prognosis wasn’t good, the doctors advised her to make provisions and a will for her daughter. It was a long exhausting battle with cancer and the doctors didn’t leave her with much hope.

Helen Sproates Nuttall’s mom wrote on the GoFundMe Page- “After what seemed like a unbelievably long and exhausting battle we were told by the doctors here in the UK that nothing more could be done for her. She was put on palliative care and we were told she had just a few months to live.”

After a long hopeless journey, there was light at the end of the tunnel finally. One day while doing some research, Sproates located a clinic in Germany that offers immunotherapy which is a treatment that uses the body’s own immune system to fight cancer. The only hindrance here was the cost of the treatment. Each treatment, costs $98,000. Unfortunately Nuttall needed six.

Kate Winslet’s own mother was battling ovarian cancer, so while researching clinics in Germany; Kate came across Nuttall’s story.

“I saw how much money she needed to raise ... and I just thought I can’t have this happen. My own mother was very, very unwell, and I just thought my mum would be incredibly proud if I could do this for somebody else,” Kate called in and told ‘This Morning.’ Kate’s mom passed away last year, succumbing to the disease which further made her resolve to save Nuttall’s life stronger. She began to raise funds along with Nuttall’s mom and she also roped in her best friend and co-star Leonardo Dicaprio to help her out.

After learning about Nuttall’s story, Leonardo Dicaprio invited Kate to come to St. Tropez to his big fundraiser at the Leonardo Dicaprio foundation, and they decided to auction off dinners. The lucky pair auctioned three dinners and managed to raise $1.35 million for treatment. Fortunately, Nuttall has completed her first round of treatment, however now she needs an urgent specialist cancer treatment, to secure her chances for survival.

Winslet added, “Join me in supporting this 28-year-old mum! Let’s truly do our best to keep her alive for her 3-year-old daughter, Penelope, who loves and needs her Mummy so much.”

It is applaudable of Nuttal to keep her faith and strength intact during her painful journey.  And hats off to Leonardo Dicaprio and Kate Winslet who have used their star power to help a young woman survive. The ‘Titanic duo’ are not only making efforts to keep Nuttall alive, there are also securing the chances of a daughter to get back her mother.

SEE ALSO:
Titanic the Period Drama has More to Your Surprise - Get it from Kate Winslet