Actor Tiger Shroff shared an enchanting shirtless snapshot of himself on Instagram this Thursday that has sent netizens into a state of a real tizzy. 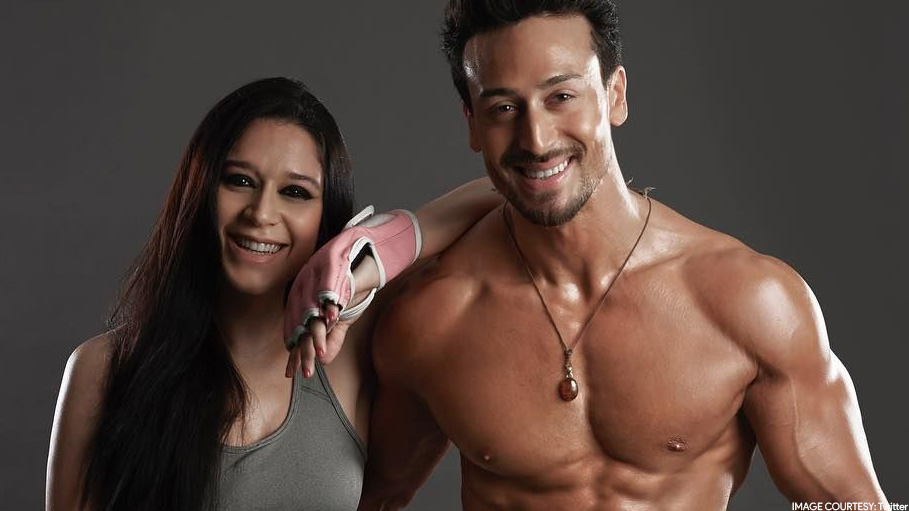 Actor Tiger Shroff shared an enchanting shirtless snapshot of himself on Instagram this Thursday that has sent netizens into a state of a real tizzy.

He captioned the captivating pic, “Its hot outside” indicating the hot climate which is why he’s not wearing a shirt, we assume.

Standing against the backdrop of a clear turquoise blue sky, he’s seen adorning black shades and a neckpiece highlighted with a brown stone like pendant. You can see Tiger confidently flaunting his well-toned and brawny abs which indicates that he’s religiously working out to maintain his perfectly framed bod like he’s always been doing over the years.

Many celebs didn’t miss the opportunity to share their endearing and teasing compliments with the star.

One user commented, “Nirala Andaz” while there were others who showered his snapshot with plenty of heart emoticons. One of the first people to comment was his sister Krishna Shroff.

“Any excuse to take it off… I feel ya” she posted on her brother’s pic. Just like Tiger, Krishna too is a fitness enthusiast.

Tiger Shroff is well known for his performance in successful movies like Baaghi and its sequel Baaghi 2 and he’s also one of the highest-paid stars in the country. Though his first movie ‘Heropanti’ received unfavorable reviews, it was still a commercial hit with a domestic net collection of Rs.52 crore.

Many critics found fault with his poor dialogue delivery albeit Film Critic Taran Adarsh explained that he “scores brownie points in action and stunts.” He also added that “for a first-timer, he exudes supreme confidence.”

His first successful film was opposite Disha Patani in the sequel of Baaghi which became 2018’s biggest blockbusters.

Tiger seemed promising and evolved with every new release. Critics admitted that the actor scored brownie points when it came to action, stunts, fitness, physique, looks, and dancing skills.

The movies that are lined up for Mr. Shroff in 2021 are Vikas Bahl’s Ganpath featuring Kriti Sanon. Another movie lined up this year is Heropanti 2 which is a sequel to Heropanti featuring the charming Tara Sutaria.

So definitely there’s a lot more to uncover in the years to come of Tiger’s sporty, athletic, charming, delightful, and most of all humble personality.

SEE ALSO:
Is Tiger Shroff Making His Debut in Hollywood?