Delhi High Court on Thursday allowed the application seeking permission to shift 955 foreign nationals, who attended the congregation of the Tablighi Jamaat in Delhi's Nizamuddin area, to alternate places of accommodation. 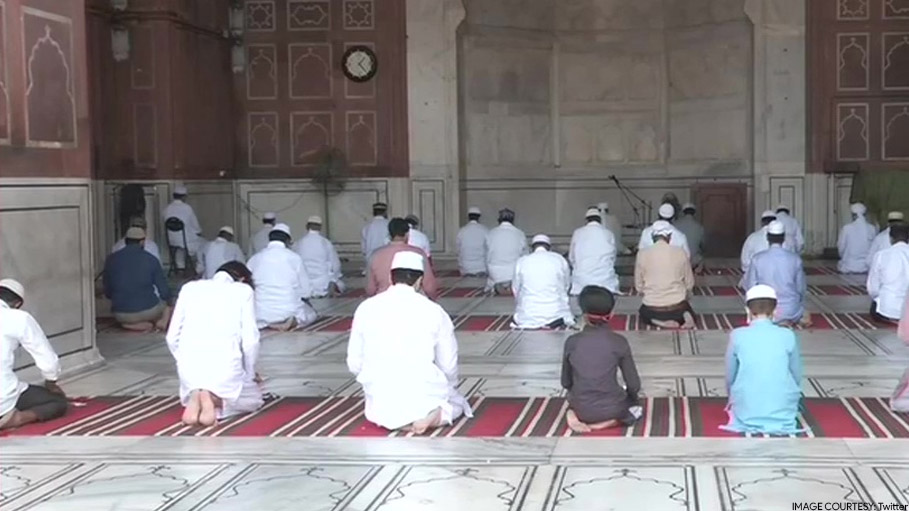 New Delhi: Delhi High Court on Thursday allowed the application seeking permission to shift 955 foreign nationals, who attended the congregation of the Tablighi Jamaat in Delhi's Nizamuddin area, to alternate places of accommodation.

A division bench of Justice Vipin Sanghi and Justice Rajnish Bhatnagar, while disposing of the petition, said that all the foreign nationals will be shifted from quarantine centres to nine designated places in the national capital as suggested by the petitioner.

Notably, chargesheets have already been filed against most of the foreign nationals in a Saket court in connection with the congregation, which had reportedly emerged as an epicentre of coronavirus.

The court said that the present order will be read together with that of the magistrate when and if, in the future, the foreign nationals apply for bail in these cases.

The Revenue Department of Delhi Government filed a status report in the court giving its NOC (No Objection Certificate) for shifting the foreign nationals. Similarly, Delhi Police and Union of India also verbally recorded their NOCs for the same.

The Tablighi Jamaat will be responsible for arranging food and daily needs of the foreign nationals and a detailed list of members, shifted to the designated places, will be prepared and submitted to Delhi Police. The foreign nationals have been directed not to leave their respective places without intimation.

The centre said that none of the foreign nationals are under detention and the relief to fly back home has not been pressed.

Senior advocates Rebecca John and advocate Ashima Mandla, appearing for the petitioner, had sought that all foreign nationals who have been tested negative for COVID-19 and are in quarantine be released and sent to an alternate place of accommodations. The counsels had submitted places of alternate accommodation.

SEE ALSO:
Not Mandatory for Every Pregnant Woman to Undergo Coronavirus Test: Delhi Govt to HC