How to Avoid Cryptocurrency Scams

Cryptocurrency has become so intrusive in our lives, that we have started fearing it. We don’t fully understand it, but we don’t want to miss out on a opportunity of a lifetime. 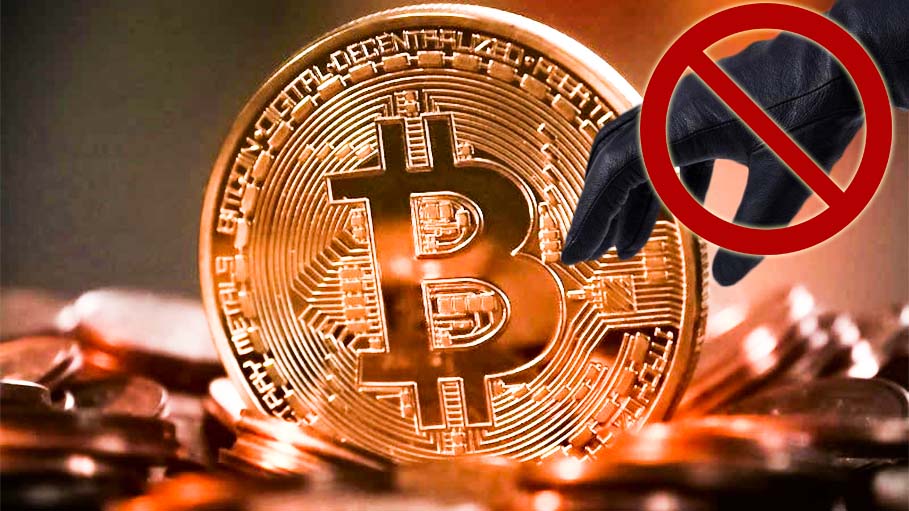 Cryptocurrency is everywhere. From our TVs to the internet… And now there are even ads playing on YouTube that disguise themselves as innocent Trojan horses. Cryptocurrency has become so intrusive in our lives, that we have started fearing it. We don’t fully understand it, but we don’t want to miss out on a opportunity of a lifetime.

That’s where BitConnect came in. They tried to scam people out of more than a billion dollars, because they were offering 1% returns daily (that’s $1000 a day for $100,000). Could you imagine anyone investing in that scheme? Some people did. In fact, a lot of people did.

They used fancy terminology like blockchain enhancement and distributed ledgers and made it all professional sounding. What happened was that it was a glorified Ponzi Scheme, similar to the Bernie Madoff scheme. They wanted to make sure that they were paying interests to the investors who had joined in, while at the same time pay off dividends through the older customers.

They were basically creating fake money and pushing it around. They got investigated and finally closed down because of all the controversy. The internet ripped it apart and created hilarious memes – one after another. So much so that it got coverage across all national media outlets.

But the story doesn’t end there. Nobody got in trouble. Even through there was class-action lawsuit after another, they were able to evade the police and are living freely. They have evaded jail time, because cryptocurrencies are still a deregulated market with no borders or ledgers. You don’t know whom you’re buying Bitcoins from and you don’t know who’s selling them. A lot of people think that it’s all drug money, that the cartels are floating around.

There are even groups on iMessage and Telegram that do the age-old strategy of pump and dump. What Pump and Dump means, is that they flush up the market with a small group of people and then sell it off to risk-free investors who then buy it at a higher price.

What happens a lot of the time is that people are constantly watching the ticker go up and down, when it comes to the Bitcoin craze. As soon as they see the price rising suddenly, they want to buy-buy-buy! And when they see it dip sharply, they want to sell it all off. This is called pump – where 100-200 investors start buying up a single coin, and then dump – they sell it to hundreds of others who are buying it for a higher price.

The strategy is another one that happens behind closed doors and takes place across the world. You can have a group of pumpers from China dumping it off to Kenya, and they pump it to the UK who dumps it off to someone else. This way, the price keeps on rising and nobody’s a fool because there’s always someone to buy it at the price you sell.

Spoofers and How They Get You

This happens so much, and nobody has any control over it because it can shoot the market price to unknown amounts without anyone even knowing the reason why. Right now, it’s happening at a dispersed level, meaning that nobody knows who’s going to do it next. But there are companies that are organizing events so that people gain massive profit from little to no work.

There are other scams that appear totally legitimate as they’re called spoofers. A spoof is when a company can make it look like it’s a website for another company. This is called spoofing and it happens to some of the biggest banks in the world. You can gain a lot of traction by pretending to be another site and asking customer information from everyone that you target.

Obtaining your data is quite easy as there have been massive data breaches in the past which have opened up your email and name to the public. It may even pretend like a new coin offering from your trusted bank, and you’ll click it thinking that its from the big banks. Next, you’ll enter your credit card information and then you’ll never hear back again. This spoofing activity can also happen over the phone as spoofers can pretend to call you from the bank and offer you an early bird discount on a new coin.

Baseline Mining in the Background

There are a lot of scams that your business can fall into, with the crypto scam being chief among them. There are a lot of people that are trying to fool each other into believing that they are getting an ICO option or a chance to bet on its success or failure.

They’ll even offer a coin or two for free just so that they can take your credit card information. This is also true when you are working with a large number of employees and the spoofer makes one lucky call to an employee who may have just joined in. This employee may not understand your policies and the concept of ‘social engineering’ and might just give them your banking information. A lot of the times, they can just pretend like they’re calling from IT and ask you to open a link from your computer.

The moment you open that link, it can take you to a crypto-mining site that asks you to install a cookie. That cookie could be a small piece of code that mines Bitcoins without you knowing it. When you come to know about the scam, your batteries are drained out and your computers are completely empty. Nobody will think about checking the software, and they’ll just replace the old computers with new ones or give you new batteries.

Scammers do this with phones as well, which is why you might notice that your battery keeps dying even after you charge it for a few hours. There could be malicious software mining Bitcoins on your phone’s capacity.

You want to be very careful when it comes to crypto-scams and it's always a good policy to make all employees aware of the downsides of leaking information and installing bad software.