How to Bring Your Team Out of Burn Out

Teams get exhausted from time to time and it's up to the leader of the group to motivate them. Know how to Bring your team out of burn out 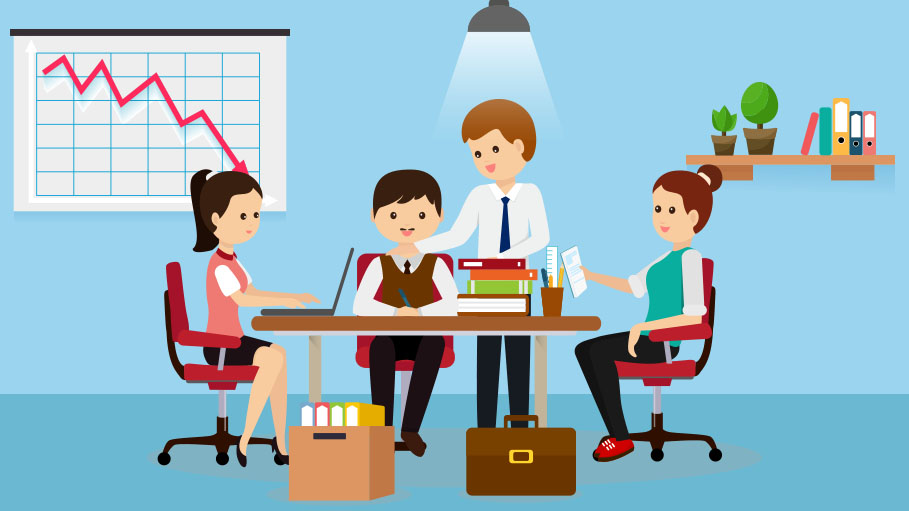 Teams get exhausted from time to time and it's up to the leader of the group to motivate them. This could be issues stemming from a lack of leadership from the get go, a point of view that’s changed, company culture issues or new staff members that disrupt the flow of the organization. It could be many reasons tied inside a singular approach.

This is also a result of the many issues we face as human beings. We could be facing issues at home or sometimes we run into problems with a client who’s huge for our business. We don’t know what to do so we back off and let the organization handle it.

A lot of the times it's not really an exhaustion issue so much so that it’s a burnout issue. Every human being has certain obligations they have to one another, and when you work so hard that you start to ignore your family, you’re going to have kids that don’t respect you. This further demotivates you from working and carrying your duties as a leader.

This is especially true for people who are hard workers and those that love to compete with one another. It gets harder the lesser support you have an it gets way worse for someone who isn’t really for the grind of the work-life, including those who are fresh off college and looking for something to do for income. We can call them snowflakes all we want, but the deeper issue still isn’t address. We need to do something from an inspirational point of view, but what we really need to do is to take action.

Attrition resulting from a lack of motivation

This can lead to serious problems with attrition and employees moving on to greener pastures. Maybe it occurs during a huge transition for the company’s future and the people are freaked out about what their future holds.

Whatever the case may be, you as the leader needs to step in and take action. By action, it's understood that a positive action. You need to demonstrate that you are taking the company in the right direction through strategic investments or careful consideration.

You also set the pace at which your company performs. If you are too slow at taking decision, then your employees are going to work at a slow pace as well. This becomes a rigid cycle that few can break off, and it becomes one of the many reasons why people just end up getting tired of the 9-to-5 life. People don’t take enough risks to lead their companies and truly talented employees feel like they’re not worth what they should be.

They have aspirations that go above and beyond what the company can achieve, and they walk away. This is the worst thing from a motivation standpoint, that a company can face. They need to take action now before it's too late and they face another problem at their hand, that adds to the feeling of being demotivated. It plays like a domino and one stack falls after another.

It’s also a vicious cycle that can trap a lot of truly motivated people into feeling demotivated after seeing the faces of their colleagues who aren’t satisfied with their current position. That’s the charm of human life, demotivation breeds into each other and we get sad together. We vibe off each other’s energy and we tend to go one way, or another based on consensus.

The way to nip all of this in the bud is to be clear about your intentions for the company. Set a goal and set the pace of the organization. Know that you are going to be setting an example for what other people are going to do and then do it. When you start knocking off a few gems that you are going after, it will invigorate a team to start achieving theirs and doing the work that’s needed. Otherwise everyone will be sitting twiddling their thumbs and no one will be doing anything resourceful. You don’t need everyone to ‘drink the Kool-Aid’, but you do want to make sure that everyone’s doing the work that’s needed.

Don’t let your ego take over

Things like – awards or accolades don’t work if everyone in the organization thinks that you truly don’t care about them. It works well when there’s a feeling of being a part of something bigger and better. There will be hardships but if you set the tone out there in the field, then your name will be in the minds of the employees who are feeling like they want to give up.

Don’t use ego when dealing with a demotivated employee. These employees are typically highly talented but lack a sense of fearlessness to achieve their goals. They are too bogged down with their fear of failure and lack of community. This is resolved with one-to-one meetings and sit-downs so that you can get a better sense of where they’re coming from and try to resolve their questions. Maybe sometimes you can even help them out. Because every employee thinks about their own well-being, a demotivated employee might be someone who needs mentorship or guidance.

You can provide a lot of things to a demotivated team, but one of the main things that you can do for them is to instill a culture of excellence. When you yourself are hustling every day, trying to make things happen – then you’re sending a loud message to your team members – do the right thing and do it now. This communal wave is highly addictive and can make even the most demotivated team energized. This is especially true if the team hasn’t achieved its results in a long-time and is on the fence when it comes leaving or not.

Employees only feel exhausted when they don’t know what to do and they’re feeling a sense of being trapped. When they don’t understand the ethos of the company and don’t get what the company’s goals are all about they get a feeling of disenfranchisement. Try your best to not let this happen!

11wickets.com Teams up with Amazon Pay