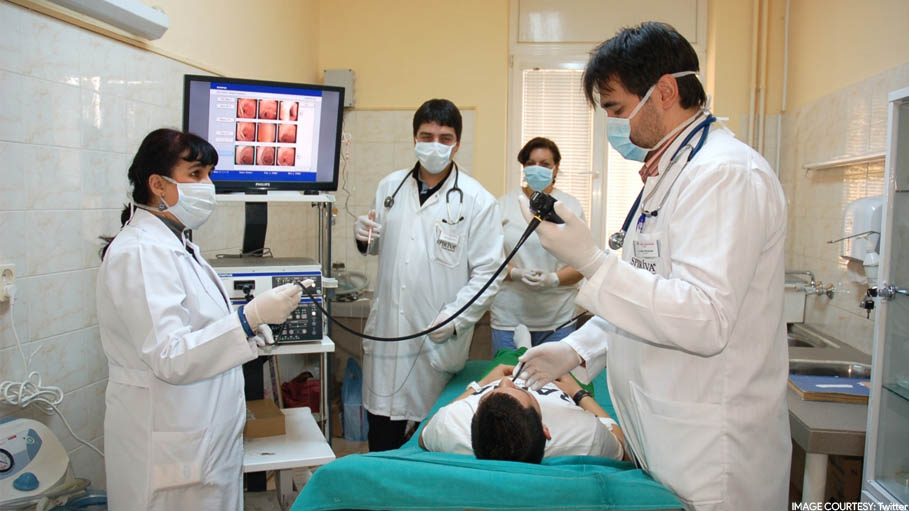 Even so, the virus tore through the unvaccinated population of 25 million, with more than 4.5 million cases of "fever" and 73 deaths to date, according to figures published by state media.

Building on the country's woes, the official KCNA this week announced a new "acute enteric epidemic" in South Hwanghae province, with Kim urging officials to "contain the epidemic at the earliest date possible".

In a possible sign of the seriousness of the situation, Kim Yo Jong, Kim Jong Un's powerful sister, was one of a group of senior officials who reportedly personally donated medicine to try and help.

The medicine will be delivered to "over 800 families suffering from the acute epidemic which broke out in some areas of South Hwanghae Province," state media KCNA reported Friday.

The figure suggests at least 1,600 people have been infected with the enteric disease.

The reports have sparked speculation that the unspecified disease may be cholera or typhoid.

If confirmed the outbreak could worsen the country's chronic food shortages, as South Hwanghae province is one of the North's main agricultural regions.

Experts have warned of a major public health emergency in the North, which has one of the world's worst medical care systems, should Covid spread.

"With the North's much outdated medical infrastructure, an acute intestinal sickness could flare at any time," an official from Seoul's unification ministry said, according to Yonhap news agency.

Seoul is willing to assist the North in handling the new outbreak should Pyongyang wish to accept it, the official said.

South Korea previously offered to send vaccines and other medical aid to the North to help it deal with its coronavirus outbreak.

Pyongyang has not officially responded.