Veering between drama and farce, the courtroom showdown pitting Johnny Depp against ex-wife Amber Heard focused this week on the host of professionals and hangers-on who surround the stars, painting a portrait of Hollywood in all its excess. 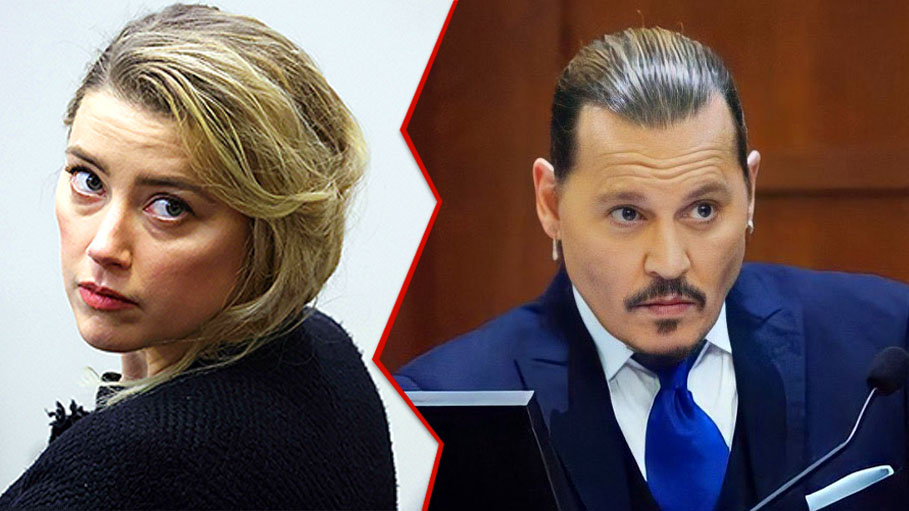 Washington: Veering between drama and farce, the courtroom showdown pitting Johnny Depp against ex-wife Amber Heard focused this week on the host of professionals and hangers-on who surround the stars, painting a portrait of Hollywood in all its excess.

The 36-year-old actress' domestic violence accusations, and the 58-year-old star's denials, are at the heart of a high-profile defamation lawsuit that has been going on since April 11 on the outskirts of the US capital Washington.

After a flood of testimony, Depp relinquished his spot on the witness stand Tuesday to the bit-players who gravitate around him: agent, driver, bodyguard, wealth manager... And these secondary characters sometimes stole the show.

Alejandro Romero is a doorman in a luxury building in Los Angeles where the couple lived. Testifying by video link while sitting at the wheel of his car, he said he had not seen any marks on Heard's face after the couple's final argument in May 2016.

The actress appeared shortly afterwards in a court, her face apparently swollen, to apply for a protective order.

But the porter didn't want to dwell on his memories. "I am so stressed out," he said, puffing on an e-cigarette. "I don't want to deal with this anymore," he said, underscoring the point by starting his car.

Bodyguard Malcolm Connolly has worked for Depp for 23 years. With a marked Scottish accent, he gave his unfailing support on Thursday, saying Heard "wanted to wear the pants in this relationship" and said it was she who initiated the couple's arguments.

Asked about the actor's alcohol and drug use, he insisted that the star had "a very high tolerance" for "any substance."

"I think Jack Sparrow was more drunk than Johnny Depp," he said, referencing Depp's famous character in the "Pirates of the Caribbean" movies.

Even so, he said he had never seen the actor urinate in a hallway, as Heard's lawyers had suggested.

"I think I would remember if I had seen Mr Depp's penis," he said.

Seeking to show his financial dependence on the actor, Heard's lawyers asked him if he had received $8,500 in gifts over the years.

"He gave me so much more than that!" Connolly replied without flinching.

- Huge checks from the financial manager -

The lifestyle of Depp, who has been the owner of 45 luxury cars, a yacht and several properties including an island, has regularly hit the headlines.

His business manager Edward White told the court Thursday how he had sought to redress his accounts, while settling the costs of the divorce with Amber Heard in 2017.

"She initially was looking for a consideration of $4 million, but her demand continually increased," he said.

In the end, Depp paid her $6.8 million, wrote checks for $200,000 in donations in her name, paid half a million to her lawyers, and assumed all debts incurred during their lifetime together, around $13.5 million.

- The agent and confidante -

Christian Carino was agent and friend to the two actors, but no longer speaks to either of them.

By video, he said he had tried in vain to reconcile them and read text messages exchanged with Heard after their divorce.

In one message, the "Aquaman" actress said she was "sad" to have broken up with her new lover, billionaire Elon Musk.

"You weren't in love with him and you told me a thousand times you were just filling space," responded Carino, who had once been engaged to Lady Gaga.

On the first day of the trial, Depp wore a light gray suit with a black tie decorated with a bee-motif. The next day, Amber Heard had a gray jacket, and the day after that sported a tie with a bee emblazoned on it.

On the stand, Shannon Curry, a psychologist called by Depp's legal team, said she felt the actress suffered from a "borderline personality disorder" that could push her to "mimic" those close to her.

Heard's lawyers want to hear Elon Musk and actor James Franco, another close associate of their client. But the two men declined, without explaining their reasons.

Johnny Depp "Never" Threw Me Down Any Stairs: Kate Moss