The show features big stars like Fawad Khan and now the teaser of the fourth episode indicates that actor-director Farhan Akhtar will entertain audiences. 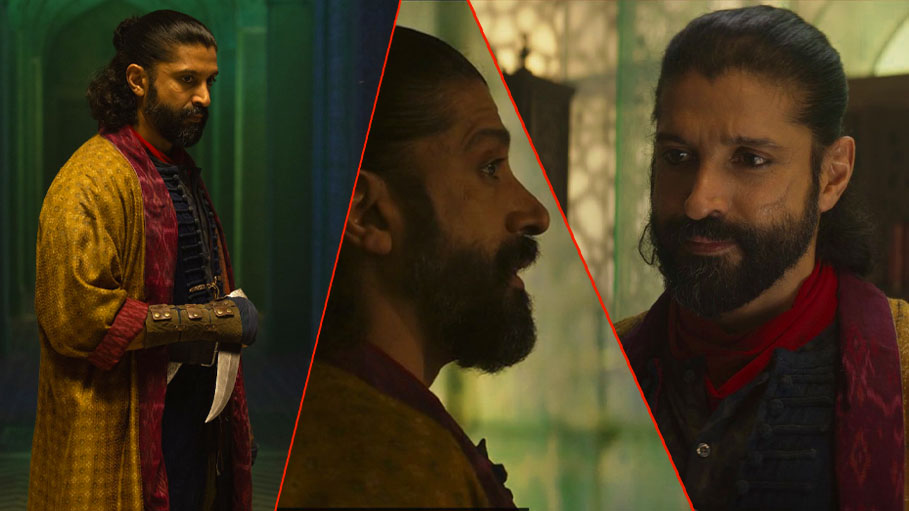 Ms Marvel, based on Marvel Comics,streaming on Disney Hotstar is an American television miniseries directed by Bisha K Ali.

It features Iman Vellani playing Kamala Khan/ Ms. Marvel. It follows the story of Kamala  who is a 16 year old Pakistani student from Jersey city. She’s an avid gamer who writes superhero fan fiction  and struggles to fit in until she gains her own powers.

The series premiered on June 8, 2022 in Disney Hotstar and will conclude on July 13. It consists of six episodes.

The show features big stars like Fawad Khan and now the teaser of the fourth episode indicates that actor-director Farhan Akhtar will entertain audiences.

Farhan will be portraying ‘Waleed’ in the series.

Disney Hotstar shared the video clip of episode 4 captioning it, “Hume bohot kuch kehna hai aur aapko bohot kuch dekhna hai (We have a lot to tell you and show you).”

In the teaser, you can catch Kamala and Kareem aka Red Dagger played by Aramas Knight guiding Kamala into an ornate and spacious palace-like structure.

Kareem tells Kamala that “usually tourists are not allowed.”

“But for a descendant Aisha, I’m sure we can make an exception”, Farhan’s sharp and striking character appears. He’s seen wearing a beard while his hair is pushed back. Adorning a long green overcoat, a dagger can be seen tucked near his waist.

“My name is Waleed. Your great grandmother’s story is of legend. When you’re ready, we have much to discuss”,  Waleed tells Kamala.

Farhan had earlier informed audiences on social media that he’s part of Ms Marvel project by sharing a report from the ‘Deadline.’

He captioned the report, “ Grateful that the universe gifts these opportunities to grow, learn and in this case have a ton of fun while doing it."

Vellani's portrayal of Kamala Khan received widespread praise and it is said that the role has been “tailor-made” for her. Farhan Akhtar’s fans are equally curious to witness how the actor will mesmerise the audience with his magical acting spell as the promising Waleed.