Though the movie is not crafted to perfection and despite its messy plot, it is Jennifer’s portrayal of ‘Maya’ that has got the media’s attention. 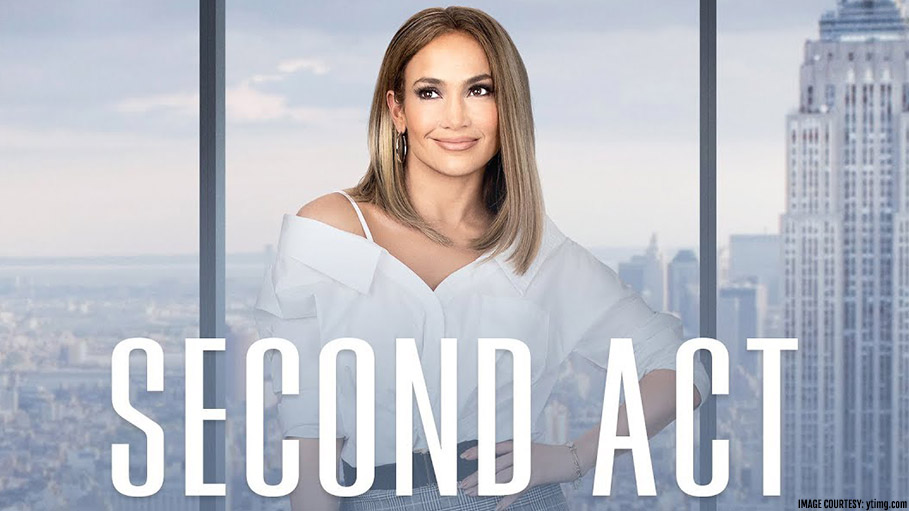 In the American Romantic Comedy ‘Second Act’ Jennifer Lopez has received some amazing reviews for her role as an underachieving 40-year-old woman who wants to have it all. Though the movie is not crafted to perfection and despite its messy plot, it is Jennifer’s portrayal of ‘Maya’ that has got the media’s attention.

Maya is the kind of woman who has the persona and the proficiency to outshine her counterparts who think they “know it all” as they possess the required “qualifications.” The hitch is she has to believe in herself. Maya has already worked for years in a discount store hoping to acquire a managerial position; unfortunately, the position is seized by another white guy who possesses an MBA from a reputed university. Unable to bear the corporate loss, Maya confides in her best friend Joan’s son and tells him, “I wish we lived in a world where street smarts equalled book smarts.”

Joan’s son decides to come to Maya’s rescue. The young lad crafts Maya’s resume and turns the high-school dropout into a Harvard graduate. Using the fake resume he applies to a high profiled position in a beauty cosmetic firm ‘Franklin and Clark’ on Maya’s behalf. So, what are the perks of working in this coveted firm? A condo, a plush office in a high rise building, credit cards, an assistant at her beck and call and a team to manage.

Check out the movie’s trailer here:

Despite a few flaws, the movie aptly projects the challenges women in their 40s most commonly face but with a touch of humor. To add to that, it raises an interesting point that individuals with lesser qualifications can be equally competent and efficient at their work than their qualified counterparts. What’s more is that in this film, you will also get to relish Jennifer’s figure-hugging dresses, pencil skirts, and other fashionable accessories.

This light-hearted rom-com has been directed by Peter Segal and written by Elaine Goldsmith Thomas and Justin Zackham. Check out this film this season to discover if Maya gets caught in her imposter act or does she ace it in her newly claimed position despite her inept qualifications.