In United States, Another Big Fed Rate Hike of 75 Basis Points to Rein in Inflation

It was the third consecutive increase of 0.75 percentage point, continuing the forceful action that has included five hikes this year. 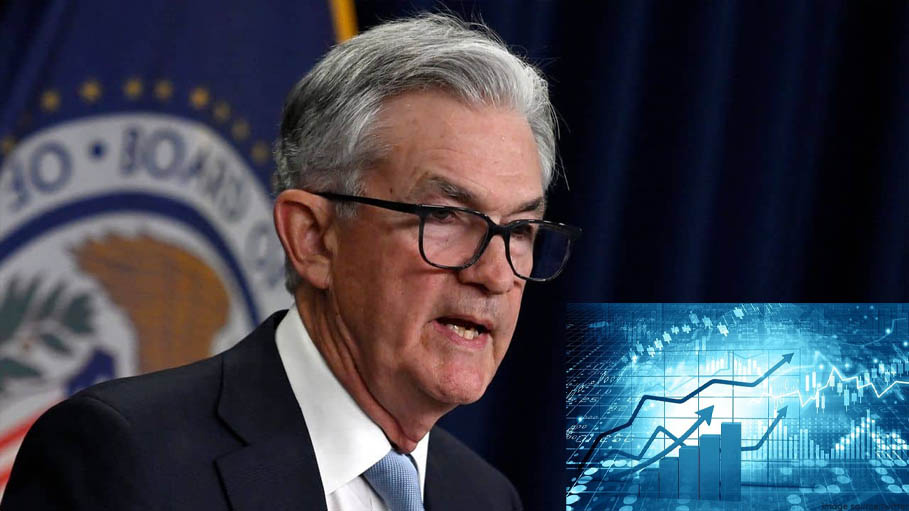 Washington: The Federal Reserve rolled out another steep increase in the key US interest rate Wednesday and said more hikes are coming as part of the battle to rein in soaring prices -- an aggressive stance that has raised fears of a recession. And Federal Reserve Chair Jerome Powell warned that the process of conquering the highest inflation in 40 years will involve some pain.

It was the third consecutive increase of 0.75 percentage point by the Fed's policy-setting Federal Open Market Committee (FOMC), continuing the forceful action that has included five hikes this year.

The increase takes the policy rate to 3.0-3.25 percent, and the FOMC said it anticipates that "ongoing increases... will be appropriate."

Soaring prices are putting the squeeze on American families and businesses, and have become a political liability for President Joe Biden as he faces midterm congressional elections in early November.

But a contraction of the world's largest economy would be a more damaging blow to Biden, and the world at large.

Powell has made it clear officials will continue to act aggressively to cool the economy and avoid a repeat of the 1970s and early 1980s, the last time US inflation got out of control.

It took tough action -- and a recession -- to finally bring prices down in the 1980s, and the Fed is unwilling to give up its hard-won, inflation-fighting credibility.

Amid criticism the Fed waited too long to move, Powell said the US central bank is committed to raising interest rates and keeping them high until inflation comes down, and he warned against reversing course too soon.

He said there is no room for complacency and the Fed will "keep at it until the job is done," although at some point it will be appropriate to slow the pace of rate increases, depending on the data.

He acknowledged that bringing inflation down will require a period of slower growth and higher unemployment, noting that the job market is out of sync, with far more openings than workers.

"We have got to get inflation behind us. I wish there were a painless way to do that. There isn't."

But he said continued high inflation would be even more painful, especially on those least able to withstand it.

Economist Diane Swonk of KPMG said Powell "has stopped sugar-coating" what the battle to tame inflation will entail: "Growth will weaken and the unemployment rate will move up."

The Fed's quarterly forecasts released with the rate decision Wednesday show FOMC members expect US GDP growth to virtually flatline this year, rising just 0.2 percent. But they see a return to expansion in 2023, with annual growth of 1.2 percent.

While the FOMC noted continued "robust" job gains in recent months and low unemployment, the forecasts project the jobless rate will rise to 4.4 percent next year and hold around that level through 2025 from 3.7 percent in August.

Inflation is a global phenomenon amid the Russian war in Ukraine on top of global supply chain snarls and Covid lockdowns in China, and other major central banks are taking action as well.

Despite a welcome drop in gasoline prices at the pump in recent weeks, the disappointing consumer price report for August showed widespread increases.

The FOMC statement noted the "broader price pressures" beyond food and energy, and stressed that officials are "strongly committed to returning inflation to its 2 percent objective."

The rate hikes raise the cost of borrowing and cool demand, and it is having an impact: The housing market has slowed as mortgage rates have surged.

Many economists say at least a short period of negative US GDP in the first half of 2023 will be needed before inflation starts coming down.

Nancy Vanden Houten of Oxford Economics said the updated Fed forecasts acknowledge "the toll that higher rates will take on the economy," but she said that "their projections are more optimistic than our own."

Stocks on Wall Street turned negative following the announcement and closed the day with steep losses, with all three major indices dropping at least 1.7 percent.

Meanwhile, the US dollar soared to a 20-year high.