In its remarks at the UNHRC on Tuesday, India once again said in its strong message that the Constitution is “supreme and it guaranteed fundamental rights to all our citizens without any distinction” dismissing Pakistan foreign minister Shah Mehmood Qureshi’s comments! 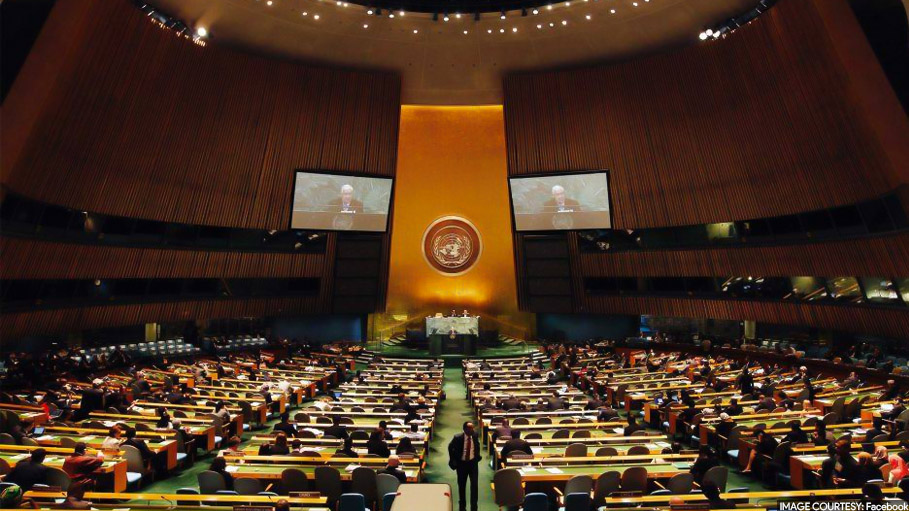 India once again slammed Pakistan for its claims of alleged human rights violations in Kashmir as a ‘fabricated narrative’ from ‘the epicenter of global terrorism’. A day before, Islamabad has demanded at the UN Human Rights Council (UNHRC) to set up a commission of inquiry to look into what according to it, ‘Indian brutality’ in the Kashmir region.

It was Pakistan’s second attempt to internationalize the Kashmir issue after India, abrogated Article 370 of the Indian Constitution on 5-6 August and integrated the Kashmir region as a Union Territory. Pakistan condemned the move, but India has stood firmly on its ground saying it is an internal matter and no third party involvement is required.

In its remarks at the UNHRC on Tuesday, India once again said in its strong message that the Constitution is “supreme and it guaranteed fundamental rights to all our citizens without any distinction” dismissing Pakistan foreign minister Shah Mehmood Qureshi’s comments as a “fabricated narrative that came from the epicenter of global terrorism, where ring leaders were sheltered for years”.

Indian delegation at UNHRC was led by Vijay Thakur Singh of Ministry of External Affairs, who also said, “This nation conducts cross-border terrorism as a form of alternate diplomacy”. Singh also informed the UNHRC that, “The Indian Parliament has been adopting a series of progressive legislations. The government is taking affirmative actions to promote socioeconomic equality and justice for the underprivileged”.

She also added, “the abrogation of the Article 370 will ensure that these progressive measures will also be fully applicable to our citizens in Jammu & Kashmir and Ladakh. These decisions were taken by our Parliament after a full debate that was televised and enjoyed widespread support”.

Earlier a day before, Pakistan foreign minister Shah Mehmood Qureshi, who is leading the Pakistani delegation to the of the UN body, sought focused discussion on what it termed as Indian atrocities in the Kashmir region.

Qureshi said, “For the last six weeks, India has transformed Occupied Jammu and Kashmir into the largest prison on this planet”, accusing India of arresting more than 6,000 people without due process.

He also said, India’s references to “cross-border terrorism” are just to “divert international opinion”. The minister then urged the UNHCR to launch a so-called international commission of inquiry (COI) into the Kashmir situation.

Qureshi also insisted, “If India has nothing to hide, it should allow unhindered access to the commission of inquiry”. He also added, Pakistan is willing to provide all access to its side of the so-called Line of Control.

Last month, Pakistan, with the help of China though had succeeded in getting the UN Security Council to discuss the matter informally, but the UNSC did not pass any resolution, as most of the members sided with India. It was then seen as a failure on Pakistan’s part to embarrass India. Islamabad, therefore now expects to present a resolution to the UNHRC for consideration by the end of the 42nd session of the global body on 27 September.