The airstrike by India came amid heightened tension between India and Pakistan after the February 14 suicide attack by Pakistan-based Jaish-e-Mohammad terror group where 40 CRPF jawans were martyred in Jammu and Kashmir’s Pulwama district. 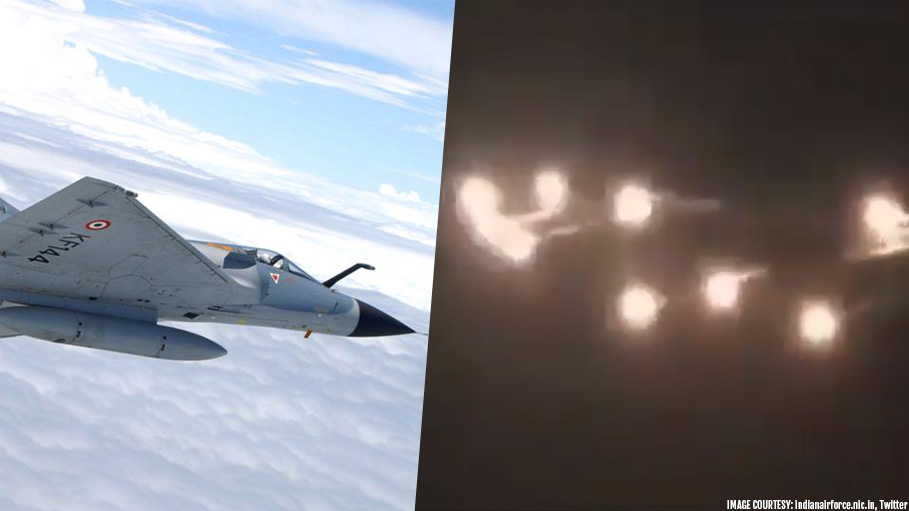 The Indian Air Force carried out an airstrike on militant camps, dropping 1000 kg bomb straight across the Line of Control (LoC). The strike has killed a large number of militants who were preparing for another strike on India. According to Reuters, the number of Pakistani militants killed in the airstrike is more than 300.

Indian Foreign Secretary Vijay Gokhale has briefed media about the raid on the Jaish-e-Mohammad camp at Balakot and said that it was launched because there were reports that the militants are preparing themselves for suicide attacks in India. He said, “A very large number of Jaish-e-Mohammad terrorists, trainers, senior commanders and groups of jihadis who were being trained for fidayeen [suicide] action were eliminated”.

Gokhale also said, “Credible intelligence was received that JeM was attempting another suicide terror attack in various parts of the country, and the fidayeen jihadis were being trained for this purpose. In the face of imminent danger, a preemptive strike became absolutely necessary. In an intelligence-led operation, in the early hours of today, India struck the biggest training camp of JeM in Balakot.”

On the other hand, Pakistan is crying and accusing Indian warplanes of crossing into its airspace over the ceasefire line in Kashmir before dropping the payloads.

The airstrike by India came amid heightened tension between India and Pakistan after the February 14 suicide attack by Pakistan-based Jaish-e-Mohammad terror group where 40 CRPF jawans were martyred in Jammu and Kashmir’s Pulwama district.

India had promised strong action against Pakistan in the wake of the terror attack in Kashmir and this attack is seen as the revenge of the Pulwama blast and to teach Pakistan a lesson.

India though immediately took retaliatory measures against Pakistan, which include removing Pakistan’s status as a most favored trade nation, not granting Pakistani shooters visas for the Olympics and refusing to play its cricket World Cup match against its team.

Though Pakistan has denied its role in the Pulwama attack, insisting the Islamist group is a proscribed “terrorist organization”. Though several links like the involvement of Pakistani intelligence agency ISI and Pakistani Army are later established. Pakistan is harboring various militant groups in its territory and time to time strikes India in the name of Kashmir.

Bank Strike Next Month: RBI Claims It Has No Role in Employees-Management Dispute