Last year, he donated the entire amount he won as the award in a spelling bee contest to the victims of the Kerala floods. Two weeks ago he has won the Distinguished Student Award of the Hamdan Foundation. 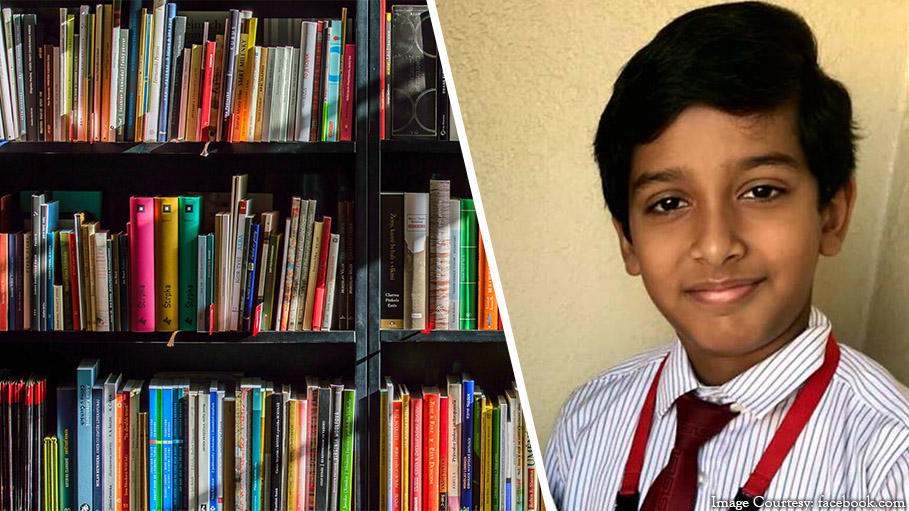 A young boy in the UAE has put together a small library at his home, the books in the library is collected through a book donation drives and he is now encouraging people to use it, as his aim behind the project is to inspire people to know more about the world and also to inculcate the love of reading among youngsters, who, he believes spend more time in playing games and in using gadgets.

9-year-old student Kashinadh Pranesh in Sharjah is now on a mission to inspire people to know more about the world. Kashinadh has been now recognised in the UAE for his academic and philanthropic achievements.

Last year, he donated the entire amount he won as the award in a spelling bee contest to the victims of the Kerala floods. Two weeks ago he has won the Distinguished Student Award of the Hamdan Foundation.

Kashinadh shares his inspiration behind the mission, as he says, “In 2016, the Year of Reading in the UAE, I came to know the importance of reading, so I have started collecting books through book drives and charity drives thereby starting my own small library. Through this library, I want to encourage my neighbours and friends to read more”.

He also added, “In this digital age, kids spend more time with their gadgets playing video games, which are not good habits. We can thus inspire them to read books so that we can improve our memory, vocabulary and concentration. Reading will take us to the imaginary world and shape our dreams and these dreams will guide us to a bright future”.

Kashinadh's mother Dhanya Pranesh says, he also uses his free time and vacations to do the volunteering work in and around Sharjah, as she says “He started his last winter holidays by joining a cleanup campaign and plant-a-tree campaign, which is related to environmental activities”.

Kashinadh is also a green warrior and as an active member of various environmental groups in the UAE, he helps in raising awareness about the importance of protecting the environment. He is actively involved in planting trees campaign. He has so far collected and recycled more than 1.5 tonnes of newspaper, 50 mobile phones and 50 kilograms of plastics from his neighbours and friends.