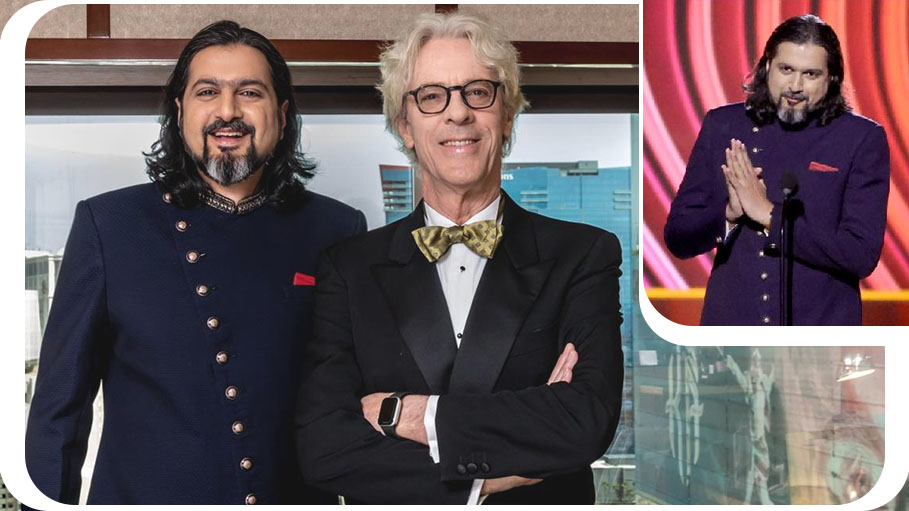 He shared the award with Stewart Copeland the founder and drummer of the iconic rock band ‘The Police.’

Both of them had collaborated on the album.

Ricky Kej shared the good news with his followers on Twitter:

“Won the Grammy Award today for our album Divine Tides. Filled with gratitude and love this living-legend standing with me - @copelandmusic. My 2nd Grammy and Stewart's 6th. Thank you to everyone who ever collaborated, hired, or listened to my music. I exist because of you.”

The album Divine Tides features artists from all over the world and it is a “tribute to the magnificence of the natural world and resilience of our species”.

Ricky Kej won his first Grammy Award in 2015 for his album  ‘Winds of Samsara' in the Best New Age Album category.

The Indian artist was born in North Carolina. He is half Punjabi and half Marwari. He moved to Bengaluru at the age of 8 and has been here since.

He completed his schooling at Bishop Cotton Boys School and did his Dentistry at Oxford Dental College although he didn’t choose that career path.

He joined a progressive rock band, Angel Dust, as a Keyboardist while he was still attending college which laid the foundation for his musical journey. He soon became a full-time composer.

His album ‘Shanti Samsara’ was launched by Indian Prime Minister Narendra Modi and then French President Francois Hollande at the United Nations COP21 Climatic Change conference in Paris. He collaborated with 500 musicians across 40 countries to raise environmental consciousness for this album.

Besides winning numerous awards in his career span, Ricky Kej has been awarded United Nations Global Humanitarian Artist. In 2020 he was featured in GQ Heroes for using his talent, lifestyle, and advocacy to better the planet.

His life and musical journey are taught to 7th-grade children in India as part of the ICSE syllabus English textbooks. The Grammy Award winner is married to Varsha Gowda and resides in Bengaluru.

Album of the year

Record of the year

Song of the year

Producer of the year, non-classical