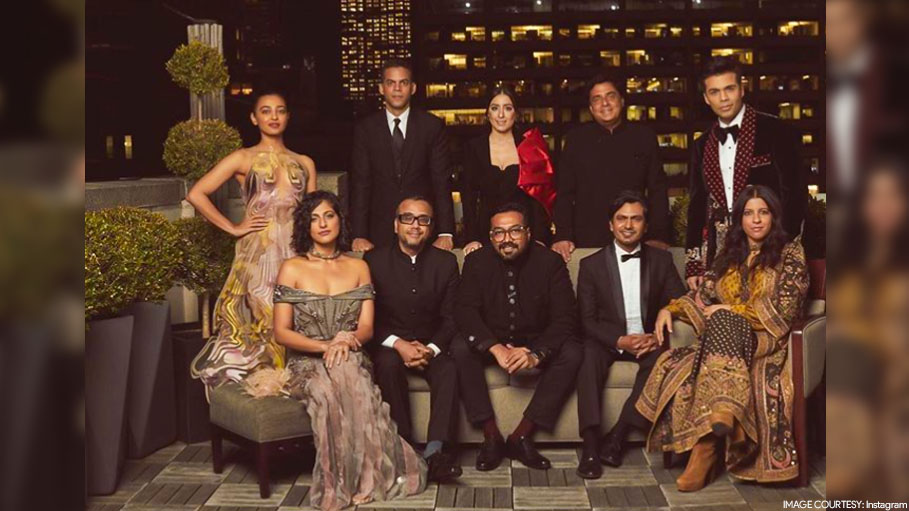 Indian actors dazzled on the red carpet at the 47th International Emmy Awards which was held in New York on Monday. The team behind ‘Lust Stories’ and ‘Sacred Games’ made their presence felt on the Red Carpet.

Four Indian shows were nominated in five different categories. ‘Sacred Games’ was nominated for best drama series. The thriller series has been adapted from a book of the same name authored by Vikram Chandra.

‘The Remix’ was nominated for best non-scripted entertainment. Produced by Rose Audio Visuals it is a remake of an Argentine soap opera. It is based on the lives of a few young students studying in a high profile school called Maurya High.

The ‘Witness: India’s Forbidden Love’ for was nominated for best documentary. The Indian team, however, failed to strike luck in any of the categories.

‘Lust Stories’ was nominated for the movie/mini-series category albeit Australian thriller series ‘Safe Harbour’ grabbed the award. ‘Safe Harbor’ is a story of a group of friends who take a trip to Indonesia from Brisbane. The ‘Safe Harbor’ team also defeated nominees from Brazil and Hungary.

Likewise, Radhika Apte was nominated for the Best Performance by an Actress category, however, the award went to Marina Gera for her role in the Hungarian show ‘Orok Tel’ (Eternal Winter).

Radhika Apte didn’t show any signs of disappointed and in fact called it an “honour” to be nominated among so many countries. She went ahead and joked about it saying, “I think I am not winning, it’s too stressful otherwise. So, I’ll just cheer.”

‘The Wedding Guest’ actress looked radiant in an illusion gown. She kept it simple by styling her hair into a neat bun and highlighted her face with only a red lipstick. Even though she didn’t win the award she savoured every moment and she made an appearance twice on the red carpet. Once for ‘Lust stories’ and then for ‘Scared Games.’

The only Indian actor who struck luck at the Emmys was Nawazuddin who plays Dilly Mahmood in the British Series ‘McMafia’ which won the best drama series.

McMafia revolves around Alex Godman (James Norton) who is a hedge-fund manager stuck with his Russian mafia family.

The grand event was held at the Hilton New York Hotel.