US media reported Sunday that the US received intelligence last week saying the Russian military has been ordered to move forward with an attack against Ukraine, citing anonymous sources. 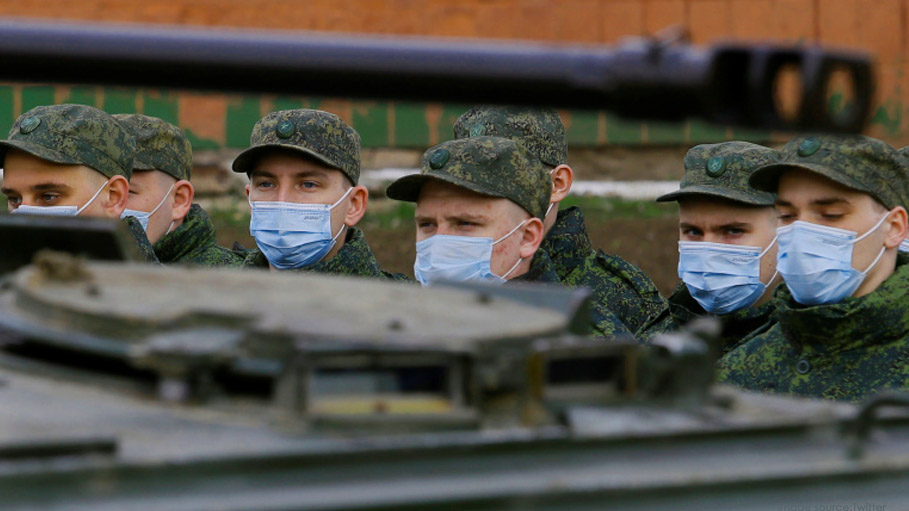 Washington: US media reported Sunday that the US received intelligence last week saying the Russian military has been ordered to move forward with an attack against Ukraine, citing anonymous sources.

It was that intelligence that gave US President Joe Biden the confidence to say Friday he was "convinced" his Russian counterpart Vladimir Putin had decided to invade, the reports said.

The White House, Pentagon and State Department did not confirm the reports when asked by news agency AFP.

A report from the Washington Post was matched by several other US media, including CBS, the New York Times, CNN and others.

"US intelligence that provided Biden with the confidence to make the assertion came from an order given to Russian subordinates to proceed with a full-scale attack, according to several people familiar with the matter, who spoke on the condition of anonymity because of the matter's sensitivity," the Post reported.

Other signs that might indicate an imminent Russian invasion of Ukraine "have not yet been observed," CNN said, citing an anonymous source who also warned that orders to attack could still be withdrawn, or that the intelligence might have been planted to mislead the West.

Russia has placed more than 150,000 troops near Ukraine's borders in recent weeks, the US and Western allies have estimated.

"40-50 percent (of those troops) are in an attack position. They have uncoiled in tactical assembly in the last 48 hours," a US official told reporters Friday, insisting on anonymity.

Moscow denies it has plans to attack its western neighbor, but is seeking a guarantee that Ukraine will never join NATO and that the Western alliance remove forces from Eastern Europe, demands the West has refused.