Hours earlier, bodyguards rushed Benjamin Netanyahu to shelter in the southern Israeli city of Ashdod when the sirens sounded during a Tuesday evening rally, a week ahead of a general election. 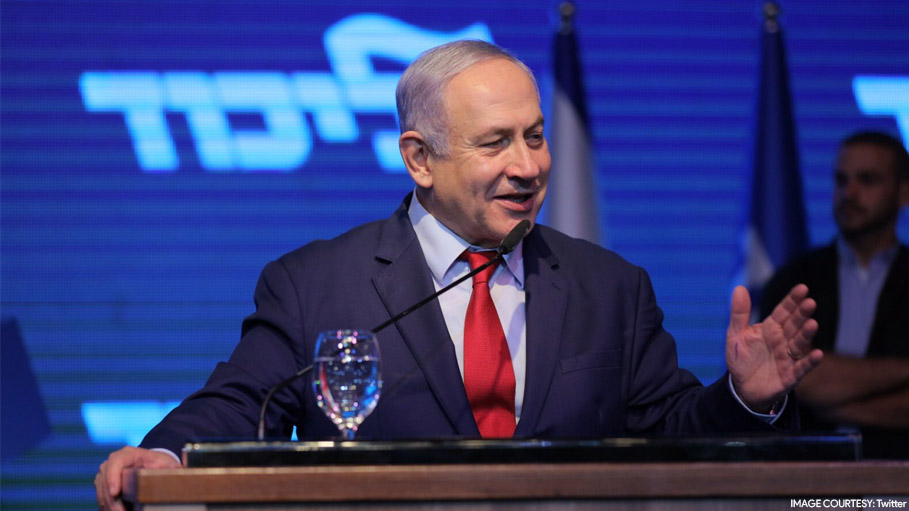 Israeli aircraft struck in Gaza on Wednesday hours after rockets from the Palestinian enclave triggered sirens that forced Prime Minister Benjamin Netanyahu off the stage at an election rally in Israel.

The Israeli military said 15 targets were hit, including a weapons manufacturing facility, a naval compound used by militants and tunnels belonging to Hamas, the dominant armed force in Gaza.

There were no immediate reports of casualties.

Hours earlier, bodyguards rushed Netanyahu to shelter in the southern Israeli city of Ashdod when the sirens sounded during a Tuesday evening rally, a week ahead of a general election.

Netanyahu was unhurt and several minutes later he continued his speech, which was broadcast live on social media by his right-wing Likud party.

However, the spectacle of the prime minister being forced off the podium added fuel to accusations by political opponents that he has not done enough to halt the frequent cross-border rocket strikes against southern Israel.

The Israeli military said two rockets had been fired from the Gaza Strip towards Ashdod and another port city, Ashkelon, just to the south, and were intercepted by the Iron Dome anti-missile system.

It said Wednesday's strikes in Gaza came in response to the rocket launchings.

There was no immediately claim of responsibility for Tuesday's rocket attack, which happened shortly after Netanyahu announced a plan to annex part of the occupied West Bank if re-elected in the national ballot on Sept. 17.

Israel seized Gaza in a 1967 war and pulled out its settlers and troops in 2005. It maintains a naval blockade of the enclave and along with Egypt imposes tight restrictions at land borders, citing security concerns.

Hamas and Israel have fought three wars in the past decade.