Ivanka declared the closeout of her fashion brand thanking her team members who were involved in her journey. 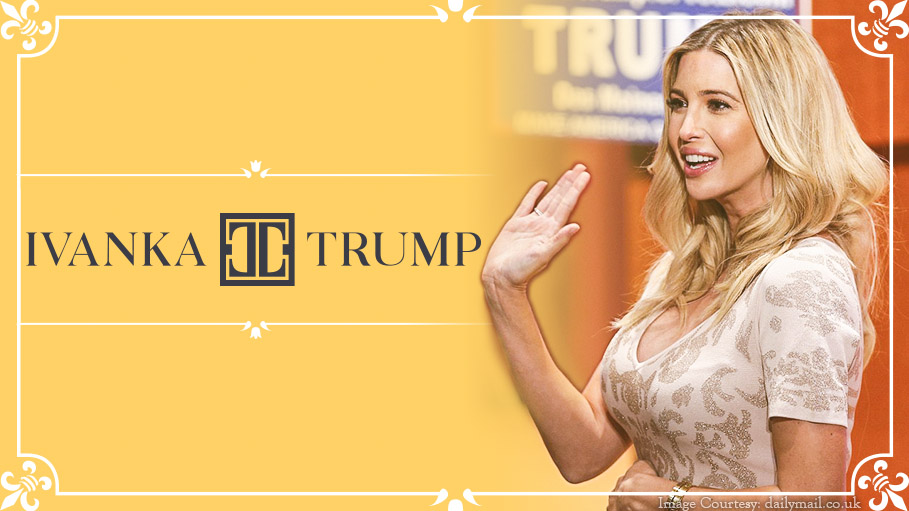 Ivanka Trump is all ready to shut her fashion business. As per her statement, she has taken this decision as she wishes to devote her entire time in the White House as the Senior Adviser. She said she was unable to divide her time between both her responsibilities and that made her take this decision. Ivanka started off her fashion brand in 2014. But as per reports, soon after the Presidential election of the US when Donald Trump, her father became the President, there had been issues with her business. It was found that many shoppers who were against Trump began to boycott her brand.

Reportedly, Ivanka was frustrated with the entire situation and some of her rivals were saying that she was possibly having conflicts of interest due to which she had to spend more of her time in the White House while the business was neglected. She was in the White House for 17 months stretch after which she declared that she won’t be able to say when she would return or if she will ever return to her business. She also mentioned that currently she is working for the betterment of the Nation and there are different things to be taken care of in Washington. She is seeing her future here at the White House and for this reason, she thinks the decision of drawing the line to her business at this moment would be the wisest decision, for the team and the business members. As per reports, after the decision of the company closure was announced, Ivanka made a point to meet 18 staffs. She met them personally at the Trump Tower in New York.

In 2007, Ivanka stepped in as the owner of her jewelry brand. Over the next six years, she was able to make some more progress in her business and she expanded her business in seven more fashion related categories that included handbags, footwear, fragrance, and eyewear. As per reports, after Trump came in power, the business started to face its downfall.

There are reports of the investigation done by the Washington Post to check the quality of the clothing. Going by the sources, it was stated that most of the clothing of Ivanka Trump’s brand was developed in the Asian market. The names of the developing countries that came into this list were China, Indonesia, and Bangladesh. But as per the revelations made by one of the company’s spokespersons, there was no neglect on the matter of quality and it has nothing to do with the company’s speculated downfall. The decision was taken solely by Ms. Trump who decided to stay indefinitely in Washington. She had some set of rules and restrictions of how the company will work while she was away for her responsibilities of White House.

There were instructions to get her approval before working on new agreements or expanding the business internationally. Partners believe that it was getting difficult as Ivanka was not there too much with the business proceedings. The spokesperson of the company said that in such a situation the company was unable to grow and thus a pack up call was the wisest decision for the partners as well as the company. Abigail Klem, the president of Ivanka’s brand said that it was a difficult decision to make on part of Ivanka but the decision was for everyone’s future. Selling the company was not an option as the third party would not go by the restrictions set by Ivanka.

Several retailers decided to stop associating themselves with the fashion brand. Among them, some of the notable ones are the Nordstrom Chain, TJ Maxx, Marshalls, and Hudson Bay which happens to be the largest departmental store in Canada. As per the verdict of both these companies the brand was undergoing poor sales records. But Ivanka’s company did not mention any such lowering of sales standards. On the contrary, when her company was asked about releasing the sales figures they denied to do so telling, that would breach some private clauses of the company. The President's reaction over this withdrawal of the departmental store chain was noticed in a tweet where he mentioned that his daughter was treated unfairly.

As per a report in the Wall Street Journal, a study was performed by Rakuten Intelligence where it had the clear indication of the sales figures dropping. As per that report, from the beginning of the year till the month of June, around 45% of online sales were affected in Bloomingdales, Macy’s and Amazon. On asking about the reason of the sales figure drop, one of the spokespersons of the company informed that the comparisons are being drawn on the records of the previous year.

As per the company officials, last year when Donald Trump became the president the sales records went superbly well. The standards were set so high by them since that time that now reaching close to that figure is becoming a tough game. Here again, there is a slight tiff seen among the reports and the company declarations. As per some sources, it is true that last year the sales records were high, but the reason is not what the authorities say. The reports reveal that there had been a conflict at that time of the year with Kellyanne Conway. She was accused of promoting the products of Ivanka while being in a LIVE interview from White House. This had created a huge chaos and being a counselor of Trump she became the target of all accuses that she had broken the ethical rules while being in government proceedings.

After the announcement of the business shut down, there were questions about whether the present agreements with partners will be nullified instantly. On the response to which the company assured that the partners can continue till the mentioned date in the agreement. This means the products of Ivanka Trump’s fashion brand will still be available in some US stores like Amazon, Zappos, and Bloomingdales.