Ivanka Trump Wanted to Be an Astronaut

During Ivanka Trump's tour to the NASA Johnson Space Center in Houston, she had a live chat with the astronauts and visited the artificial makeover of the International Space Station. 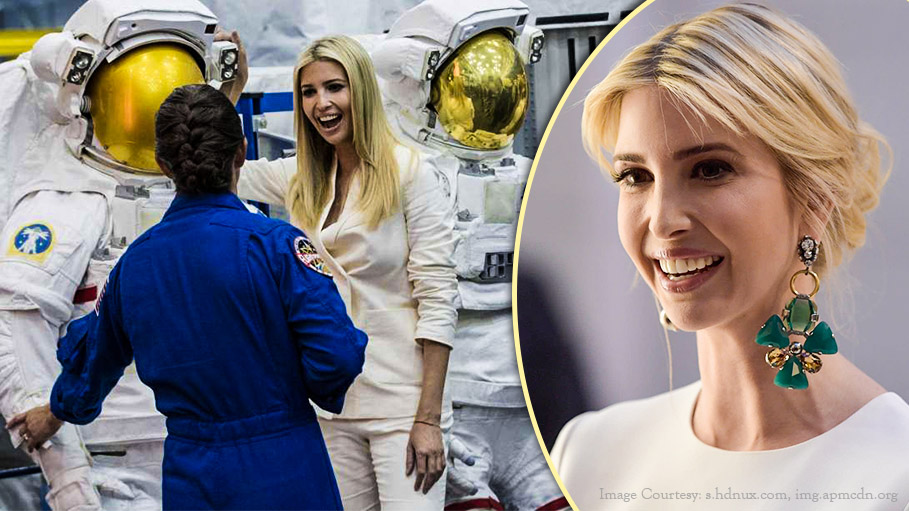 Ivanka Trump has confessed for the first time that her dream was to become an astronaut. The daughter of US President Donald Trump confessed this during a one day tour to the NASA Johnson Space Center in Houston. She is now the Advisor to President of The United States, her father Donald Trump, on job creation, economic development and entrepreneurship.

During the trip, she also had a telephonic conversation with the crew on-board of the International Space Station (ISS). The crew members are flying 250 miles above the Earth's surface. The first daughter spoke to the six astronauts at the ISS and told them of her dreams of being in space and she also thanked them for their service. She told the astronauts, “You actually have my dream job, I always wanted to be an astronaut. I always want to go to space”.

Ivanka Trump also interacted with the students who are competing in a robotics competition. Her tour ended with a test driving robot, built by the students. Ivanka Trump also took questions from the interns at the space centre who are learning engineering and science as a part of their internship at NASA.

She wore complete white and the White House said her sudden appearance to the Houston center was intended to draw attention to students learning about science and technology. Ivanka Trump also met chief Holly Ridings, who has recently made history for becoming the first woman in NASA’s 60-year history to become the chief flight director of the Johnson Space Center.

Her visit to the NASA’s center in Houston also came during a stop of her campaign tour of Texas for Republican candidates for the November 6th midterm elections. In this tour she was accompanied by Senator Ted Cruz, US Republican Brian Babin and State Lt. Governor Dan Patrick, all these Texas Republicans are facing Democratic challengers.