Jack Ma is Now a Member of Communist Party

For many it may sound contradictory as a wealthy and rich man like Ma is a member of the organisation, whose ideology includes the empowerment of the proletariat and criticizing the existence of capitalist and Bourgeois as defined by Karl Marx. 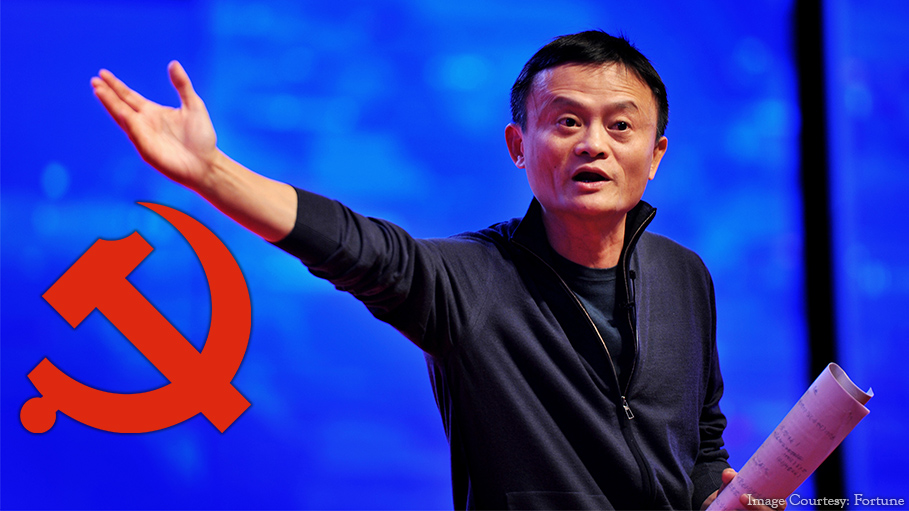 The richest man of China and the guiding force behind one of the world’s biggest e-commerce company Alibaba, Jack Ma is also a member of 89 million strong, the Communist Party of China.

The party in its official newspaper People’s Daily has named Jack Ma, Executive Chairman of the Alibaba Group and the country’s most prominent capitalist, in the list of 100 Chinese people who had made extraordinary contributions in the development of the country in last 40 years. The entry of Ma’s name officially identifies him as a member of the party.

For many it may sound contradictory as a wealthy and rich man like Ma is a member of the organisation, whose ideology includes the empowerment of the proletariat and criticizing the existence of capitalist and Bourgeois as defined by Karl Marx. Though the Communist Party of China has long abandoned the doctrine and believes in the post-Mao era, which endorses private entrepreneurs, led to the emergence of China as the second largest economy of the world next to the United States.

The party has swerved away from its communist roots and has welcomed private entrepreneurs and businessman since 2001. Some of the richest men in China are party members, which include Wang Jianlin, of the Dalian Wanda Group, a property and entertainment conglomerate and Xu Jiayin, Evergrande Group, a Real estate Group.

The members of the Chinese Communist party represents nearly 7 percent of China’s population, which includes government officials, businessman and even dissidents. Being a member of the party helps in networking among the members. For businessman in particular, the membership of the party is more a matter of expediency. Party membership provides a layer of protection to them in the country.

Many believe, the move by the communist party to include Jack Ma, will help the party in gaining more membership, as Jack Ma’s membership in the party could also encourage others to follow his lead. Kellee Tsai, dean of humanities and social science at the Hong Kong University of Science and Technology says, “Even Jack Ma is a party member. Doesn’t it make you want to join the party, too?”

Jack Ma and Alibaba have not yet commented on the matter. A report estimates Jack Ma and his family’s property net worth at 270 billion renminbi or $39 billion. It is still unclear when exactly Ma joined the party and how much he pays as a member of the party. As the party sets a 2 percent from the monthly salary for higher income members as membership fees.

Many are not able to believe that Ma is a member of the party as in the past he has tried to keep his distance from the government. Whenever he is asked during public appearances, how he managed government relations, he often replied, “Fall in love with the government, but don’t get married.”