Japan’s Oldest Jail to Reopen as Luxury Hotel in 2021

The prison, which was declared a cultural asset is situated in Nara city on the Honshu Island, which is the largest among the Japanese archipelago, was constructed between 1901 and 1908 and officially opened in 1909. 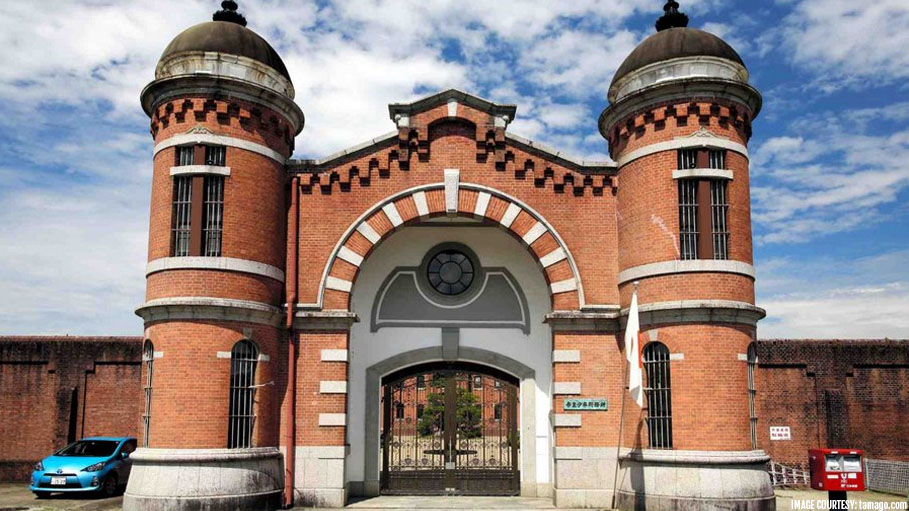 The historic Nara Prison, which is also the oldest prison in Japan, is all set to reopen in 2021 as a luxury hotel. The initiative is taken as part of a project that seeks to improve the image of the area to attract more tourists.

The prison, which was declared a cultural asset is situated in Nara city on the Honshu Island, which is the largest among the Japanese archipelago, was constructed between 1901 and 1908 and officially opened in 1909.

It is a unique example of the Romanesque redbrick construction and the only existing architecture, that remains intact among the five constructions which were developed during the Meiji government (1868-1912), with the aim of modernizing country’s correctional facilities.

The Meiji government gave specific importance to the prison and that is evident when a model of the prison is displayed at the British-Japanese Exhibition in London in 1910 to show the modernization approach of the country.

The prison is spread over an area of 106,000 square metres. It was used as a juvenile prison from 1946 till its closure in 2017, when the government started to look for an operator to redevelop the complex.

Nara is going to be the first prison in Japan to be converted into a luxury hotel, a culture that is popular in western countries to preserve the architectural sites. After it opens in 2021, Hoshino Resorts - the hotel chain will operate from the complex.

An early draft of the renovation plan shows, the hotel will have a few dozen rooms, the storage areas and rooms used by the guards so far will serve as common areas.

Hoshino Resorts also said that converting a prison with more than 100 years of history into a luxury hotel is challenging, as it has to preserve its heritage value, but for them, it is also an opportunity “to improve the tourism of Nara”.

In the 8th century, Nara city was the capital of Japan. The city is also known for its deers, that roam on its streets and parks, attracting tourists who just make a day trip to see the animals, other attractions in the city includes the bronze Buddha at Todaiji temple and Kasuga Taisha shrine.

Oldest Living Person Dies at the Age of 117 Years