Japanese Billionaire to Be the First Moon Tourist

Yusaku Maezawa is going be the first civilian to take a trip around the moon, along with 6 artists, scientists and astronomers. 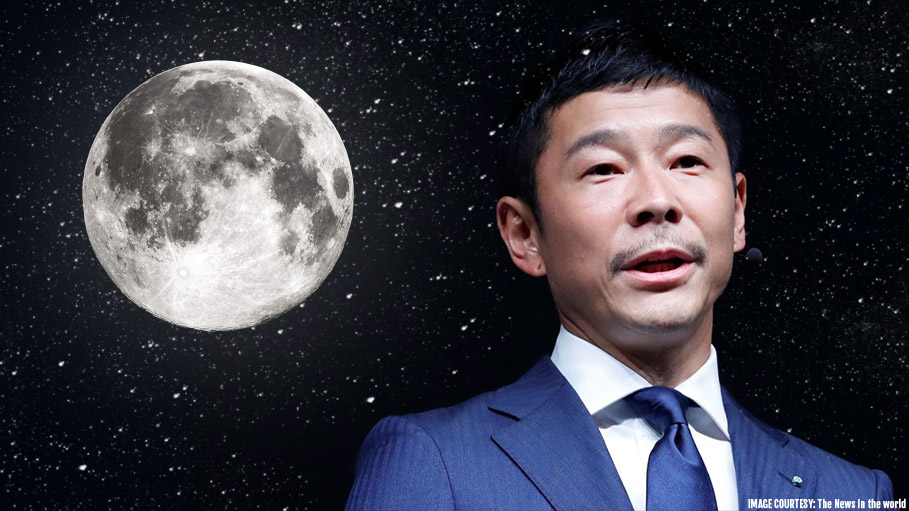 Japanese billionaire Yusaku Maezawa will be the first civilian who will orbit the moon and thus he has been named as the Earth’s first moon tourist. Though he has enough time to prepare himself now, as the trip to the moon is to be scheduled by 2023.

SpaceX declared the name of the 42-year-old and has revealed that Yusaku Maezawa has already charted a flight abroad Big Falcon Rocket to make the trip to the moon. In the trip, he won’t be alone with Scientists and astronomers but will be accompanied by six artists with him and all the expenses will be borne by Maezawa.

After the official declaration, Yusaku Maezawa said, “I want to share this experience and things with as many people as possible. So, I choose to go to the moon with artists”.

Yusaku Maezawa though has made a name and success in business, by expanding at a high scale with his e-commerce business, but his first love has always been the music, the industry that saw the transition of a passionate artist developed into an entrepreneur.

During his school days, he launched his first rock band, releasing an EP in the year 1993. He then left his college to follow his girlfriend to the United States, where he started collecting CDs and records of the bands he always liked. In the year 1995 when he returned to Japan, he started an import music business.

In 1998, he used his mail-order music business to launch his own brand Start Today. Start Today then moved online and soon started to sell clothes too. The fashion section became so popular that Yusaku Maezawa launched a separate brand for clothing business and named it as Zozotown. Vogue magazine has described the e-commerce business Zozotown as a combination of two famous brands, Amazon and Net-a-Porter.

In Japan, Yusaku Maezawa is known for his fun-loving nature more. He encourages his employees to have fun while at work.

Art lover Yusaku Maezawa is known for his collection of paintings too. A few months back, he had set the previous auction high for Basquiat by bidding $57.3 million for an untitled painting at Christie’s. In the year 2016, he purchased a work by Pablo Picasso for $22.6 million and several other expensive pieces of art that follows.

According to Forbes, Yusaku Maezawa is worth $2.9 billion and spends much of his earning to his art addiction and space ambitions.