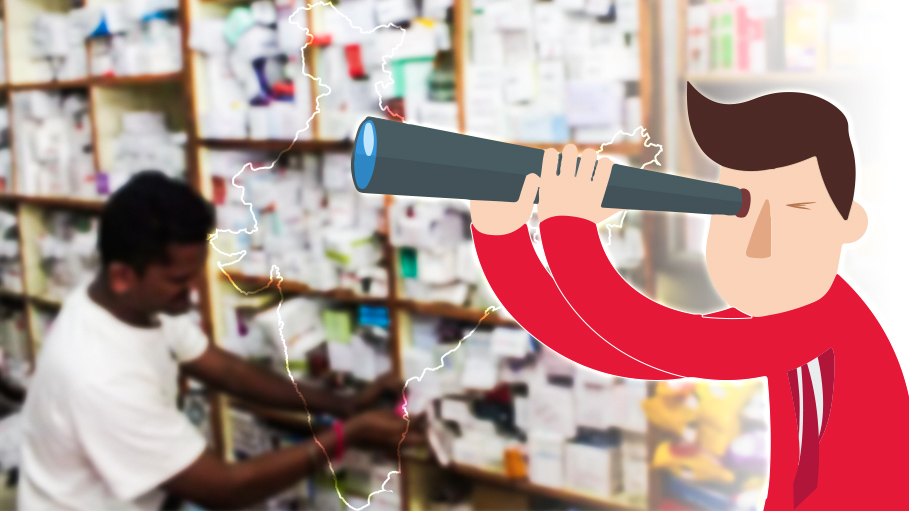 There have been reports that some Japanese companies are working in their efforts to reach the Indian market of medicines. They are aiming to procure the health care responsibility with special financial aids and technological solution. As per records, India is the second largest in population and needs better access to healthcare facilities. India Japan Partnership Fund LLP and Spiral Ventures are two Japan-based venture capital firms who are taking up the initiative. Currently, they are funding the local bodies of the start-up that are focusing on health and medico. They are also in search of new opportunities to invest their funds in health care. Panasonic Corp, one of the giants in the electrical industry is also focusing on the same. Their work area is mainly targeting the rural segment of health care.

Sources confirmed that there is a huge difference in the availability of healthcare facilities among the rich and the poor in India. The gap is present in treatment, availability of medicines and doctors. As per the reports, the situation is worsened by a section of the government who are spending a considerably low amount on the health care system. The reports reveal that there is a spend of 1.3 percent of GDP on the health sector. India is the lowest in the BRICS list which has countries like Brazil, Russia, China, and South Africa.

According to a top official of Spiral Ventures, the company has invested money in four tech startups that are offering health care services in India. These startups are offering digital solutions for the local market. The company is also seeking for more such startups where they would like to invest. Yasuhiro Seo one the partners of Spiral Ventures said: “With rising internet and smartphone connectivity coupled with conducive government policies, health tech startups are likely to be the next big thing in a country like India, which lacks proper healthcare infrastructure.” The sources reveal that the company has a funding of $30 million to $50 million which they are likely to invest in medical startups of South Asia and India. SEO also said that they have plans to invest 50 percent of the said amount in India.

The firm has also invested in an online database NirogStreet. This is a database of certified medical practitioners who are working in the field of Ayurveda treatment, which is one of the ancient forms of medical procedure. The system also helps the patients in finding the right practitioner when they need it. There is another system called Ambee in which investments have been done. With the system, ambulances can be tracked and managed.

A report was released by NASSCOM in 2017 which is one of the leading lobbies of the IT industry of India. As per that report, there was a 28% increase in healthcare startups if compared with 2016, which came around 320 in number.

India Japan Partnership Fund President Sanjeev Sinha said that the discussions are in the advanced stage where they are planning to build hospitals in India. This is soon to come true as they are making collaboration with the Japanese associates who will help in investments of modern techniques in health care. There will be investments over medical artificial intelligence companies that will make the health system much more advanced. Sinha said in an interview that his funds will be somewhere between $200 million to $500 million.

Panasonic in 2017 opened the very first innovation center where India’s specific products will be developed. In June, JanAid was launched as a mobile platform through which health care services will be offered to the rural parts of South Asian countries at affordable rates. Manish Sharma, the chief executive officer and President of Panasonic India Pvt. said, “The idea is to connect the rural areas with the right medical services with the help of JanAid.” The system has enabled the individuals to connect with doctors as well as the local hospitals and get access to medical help with the help of this app.

Angela Gagoi, an official with a consultancy firm in Gurugram in the northern Indian territory of Haryana, started the mobile app Practo to book arrangements and meetings with specialists.

It would be extremely helpful for working professionals who have a crunch of time. The app-based system for counseling with specialists online spares a considerable measure of time as you don't need to go to the medical store to meet the specialist. The other preferred standpoint is that the app offers alternatives. Through the app, the expert specialists can be browsed, which helps in finding the correct specialist.

Sanjay Swamy, overseeing accomplice in Prime Venture Partners, a funding firm that has additionally put resources into local health tech startups said they can possibly tackle India’s issue of health care reaching late to the people through the initiatives.

The reason to choose India is also stated by the officials. As per their discreet when the problems of India are solved a greater part of the world is influenced. There are opportunities for scaling the business as well. This is one of the reasons, business heads are planning to invest in India. The experts are seeing growth trends in healthcare solution as they see in e-commerce solutions. The other investments include startup like mfine and Affordplan. While mfine is an app of health care service, Affordplan is the combo of fintech and health care. CEO and co-founder of mfine, Prasad Kompalli said that they have arranged a fund of a total of $5.7 million from (venture capital) firms. There is also another possibility of another fund in the upcoming year. He also said that the app with enabled artificial intelligence will be able to connect doctors online from the well-known hospital networks. Through this app, one can also seek medical advice from doctors through chat. Experts believe that this way the load of the doctor will also be reduced and they will be able to diagnose more patients without being on a hectic schedule.