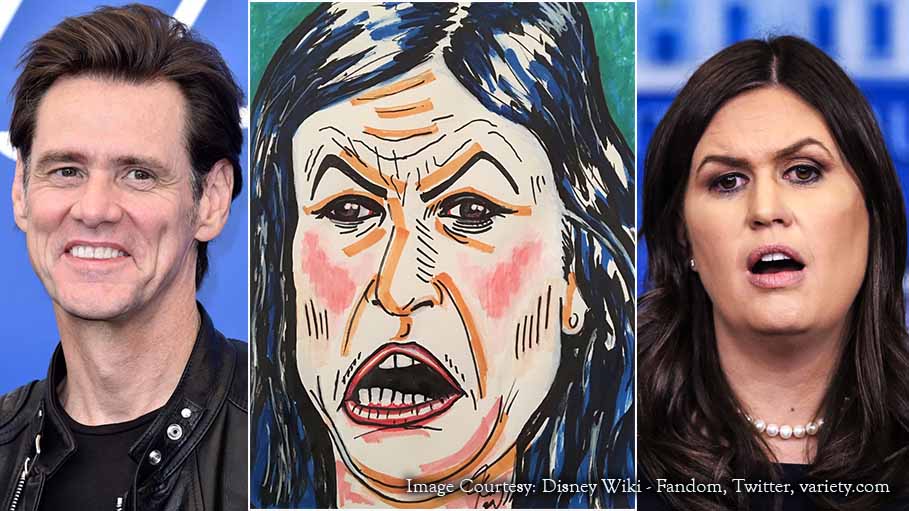 Jim Carrey, the 56 year-old Hollywood actor and funnyman has recently given rise to controversy that has a political connection. The “insulting portrait” that he painted and posted bears a strong resemblance to White House press Secretary Sarah Huckabee Sanders.

The portrait looks disturbing and terrifying! Along with the portrait, Jim carrey’s tweet goes like this - “This is the portrait of a so-called Christian whose only purpose in life is to lie for the wicked. Monstrous!”

Although, the renowned actor didn’t mention any name there, twitter users grabbed the hint in no time. And many are finding it annoying, disgraceful and offensive.

Man, when #JeffSessions cuts it, he does it with a blade, not with a spoon. I love this guy. Stealth ninja.

James Woods, do you have a comment about Jim Carrey  and the insulting portrait he has presented of Sarah Sanders?

While actor-producer James Wood showed his support to Carrey’s tweet, he couldn’t really save it from mass criticism.

Of course, there’s no reaction yet from the White House press Secretary lady Sarah Huckabee Sanders, but the Sunday tweet has gone viral and few of Jim Carrey’s fans do feel it’s a bold act, calling the piece of art “Stunning.”

Media is however linking this portrait to the Florida school shooting massacre that took place in the Marjory Stoneman Douglas High School, in Parkland. Last month, Carrey tweeted an image of a school girl lying dead and soaked in blood.

The representation of the image was Carrey’s way of protesting against the gruesome event. According to some, his recent portrait tweet definitely has a connection with the earlier one.

“The Mask” actor is not only humorous on screen but off screen as well. He likes to exercise his funny bones to make social protests. No matter what people call his works, he’s proud of his political artworks. These ain’t anything “Dumb and Dumber” act for sure!