Johnny Depp "Never" Threw Me Down Any Stairs: Kate Moss

British model Kate Moss on Wednesday dismissed reports that her former boyfriend Johnny Depp once threw her down a flight of stairs, saying it never happened. 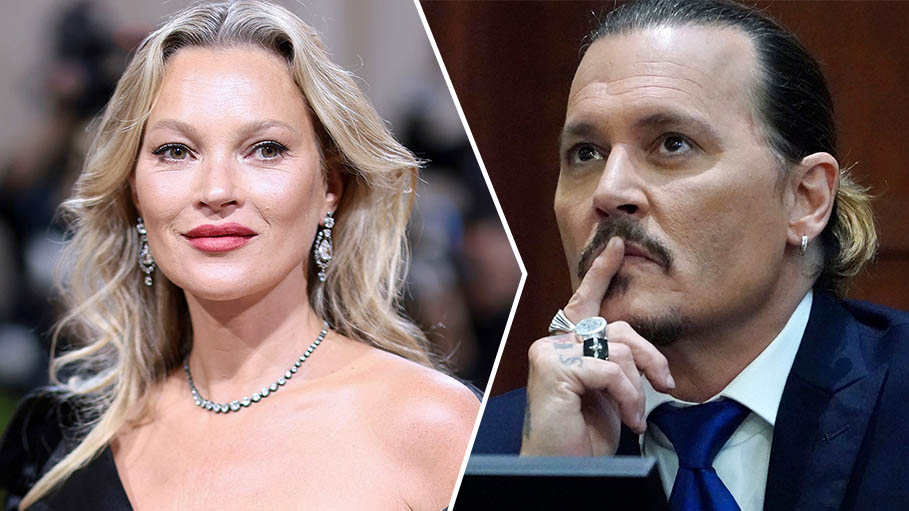 Washington, United States: British model Kate Moss on Wednesday dismissed reports that her former boyfriend Johnny Depp once threw her down a flight of stairs, saying it never happened.

"He never pushed me, kicked me or threw me down any stairs," said Moss, who was testifying as a witness at Depp's defamation trial against his former wife Amber Heard.

The 58-year-old Depp filed suit against Heard over an op-ed she wrote for The Washington Post in December 2018 in which she described herself as a "public figure representing domestic abuse."

Heard, 36, did not name the "Pirates of the Caribbean" star in the op-ed, but he sued her for implying he was a domestic abuser and is seeking $50 million in damages.

The Texas-born Heard countersued, asking for $100 million and claiming she suffered "rampant physical violence and abuse" at his hands.

Heard, during her testimony earlier this month, mentioned a reported incident in which Depp was alleged to have pushed his former girlfriend Moss down a flight of stairs.

That reference provided an opening to Depp's lawyers to call Moss as a witness to address the allegation and she testified by video link from Gloucestershire, England.

She was asked about an incident which occurred during a vacation the couple took to a resort in Jamaica.

"We were leaving the room and Johnny left the room before I did," Moss said. "And there'd been a rainstorm and as I left the room I slid down the stairs and I hurt my back.

"And I screamed because I didn't know what had happened to me and I was in pain. He came running back to help me and carried me to my room and got me medical attention."

SEE ALSO:
Amber Heard Reveals Her Side of the Story in the ‘Johnny-Amber’ Courtroom Faceoff

No Verdict in Johnny Depp vs Amber Heard Case Yet, But the Jury Will Meet Today.