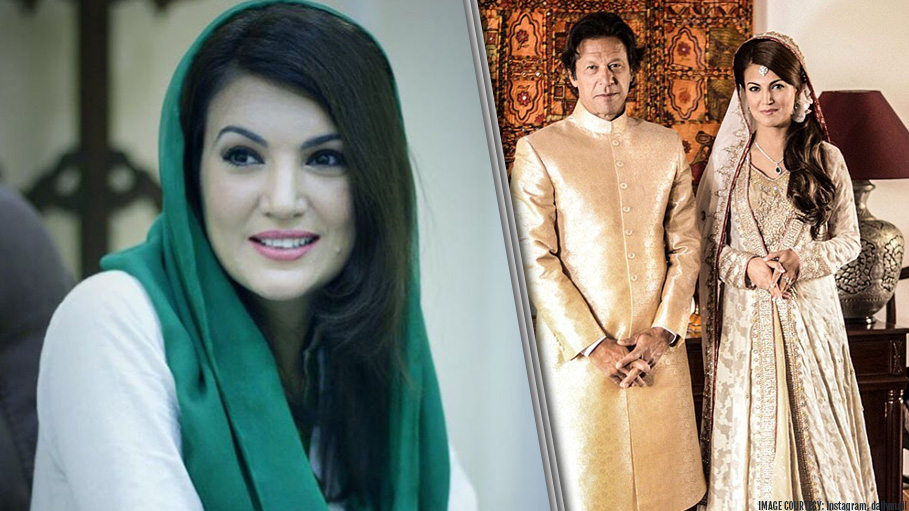 Imran Khan’s ex-wife Reham Khan is releasing a book on her personal experiences of being a mother, wife, journalist and a warrior. However, the manuscript of the book was leaked and now a group of personalities has sent Reham Khan a legal notice over the book’s “malicious” content.

The autobiography is scheduled to be released this month, just a month ahead of elections that is to be held in July. Reham Khan talks about her experiences of playing the role of a mother, wife, journalist and a warrior in her latest book, as per the book’s promotional teaser video. Though the book hasn’t been released, the manuscript of the book has leaked online. Now, the same personalities whom she has described in the book have read the leaked manuscript and have sent her a legal notice over the book’s “false and defaming” content. According to the notice issued by a British law firm- Sweetman Burke and Sinker, the content is “a litany of malicious, false, incorrect, highly misleading, callous, wanton, tortious, prejudicial, damaging, libellous, and defamatory imputations” directed towards the filers.

Actor and supporter of PTI- Hamza Ali Abbasi posted the summary of the book on Twitter, following which a major Twitter war erupted. "Had a very unfortunate experience of reading a manuscript of Reham Khan's book. Here is the summary: IK is the most evil man to walk the face of this planet. Reham is the most pious righteous (Tahajjud guzaar) woman ever and Shehbaz Sharif is an amazing guy! #RehamOnPMLNAgenda", Hamza wrote on Twitter.

Reham Khan didn’t take things lying down. She responded back in a tweet in which she mentioned that the actor and leader had threatened her and she went a step further and attached a copy of the email which was sent to her by Abbasi. Reham Khan has accused Abbasi of threatening her since August 2017. She also asked Abbasi how he was able to read the manuscript when the book hasn’t been released yet. "Only possible through fraud or theft", she said. Abbasi hasn’t responded to these allegations as of now.

According to reports, Reham Khan has stated that Imran Khan is not a ‘sadiq and amin’ (honest and righteous) as he had kept his third marriage to faith healer Bushner Maneka a secret for about two months. Following the leak of the manuscript, Reham Khan has been served a legal notice by her first husband- Ijaz Rehman, cricket legend- Wasim Akram, a British Businessman and PTI International Media Coordinator Anila Khawaja over the book’s defaming content.

The notice issued by the British firm states that each of them received copies from an anonymous source. As per the notice, Reham should not publish the manuscript in its original form, remove the defaming passages, give in writing to the filers that the allegations are false and will not be repeated in the book within 14 days or further action to stop the publication of the book may be taken. Is the content in the manuscript false? Who leaked the manuscript of the book online? Who is the anonymous source who sent these personalities the manuscript? These are the questions that remain unanswered as of now.