Julian Assange and Stella Moris Get Married Amidst Heavy Security 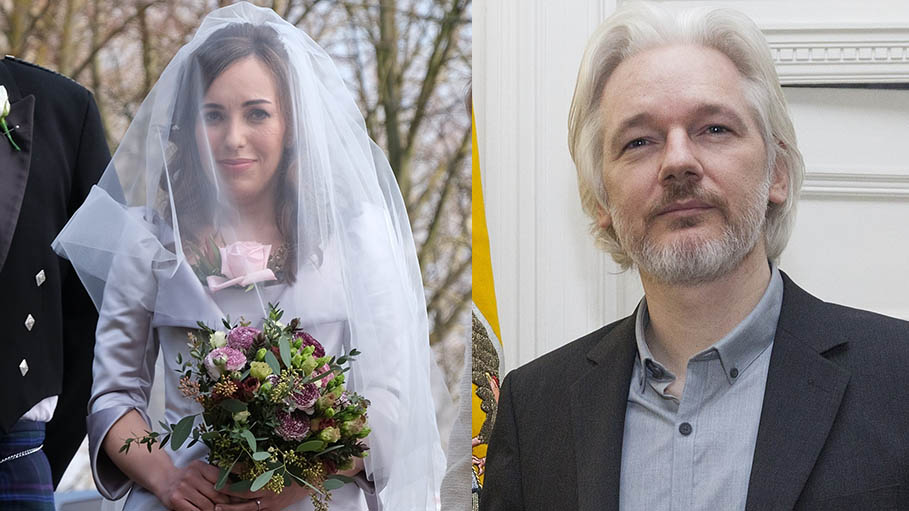 Only four guests were allowed in the ceremony which included Assange’s brother, father, and his two kids. Two guards and official witnesses were also present.

The bride was seen adorning a wedding dress designed by British designer Vivienne Westwood. A Tartan Kilt was designed for the groom, keeping in mind Julian’s Scottish connections.

The bride’s veil was infused with messages from family and friends according to The Associated Press. The private event took place in the prison during visiting hours amidst heavy security. The guests were asked to leave immediately after the wedding.

The 50 year old founder of WikiLeaks is wanted by American authorities on charges of publication of large troves of sensitive US military data and diplomatic cables by Wikileaks.

Before this he had been in the Ecuadorean Embassy in the British capital for seven years. It was in 2015 that Julian met South African born lawyer Stella Moris who worked in his legal team. They got engaged in 2017 and had two boys.

Assange was denied permission to file an appeal against his extradition to the United States at Britain’s Supreme Court.

In a speech for her supporters outside the jail, Stella Moris said, “You know what we are going through is cruel and inhuman.”

She added, “The love that we have for each other carries us through this situation and any other that will come. He is the most amazing person in the world. He is wonderful and he should be free.”

SEE ALSO:
All You Need to Know about Case Against Julian Assange

We Will Not Challenge Wikileaks Founder Julian Assange Extradition: Australia