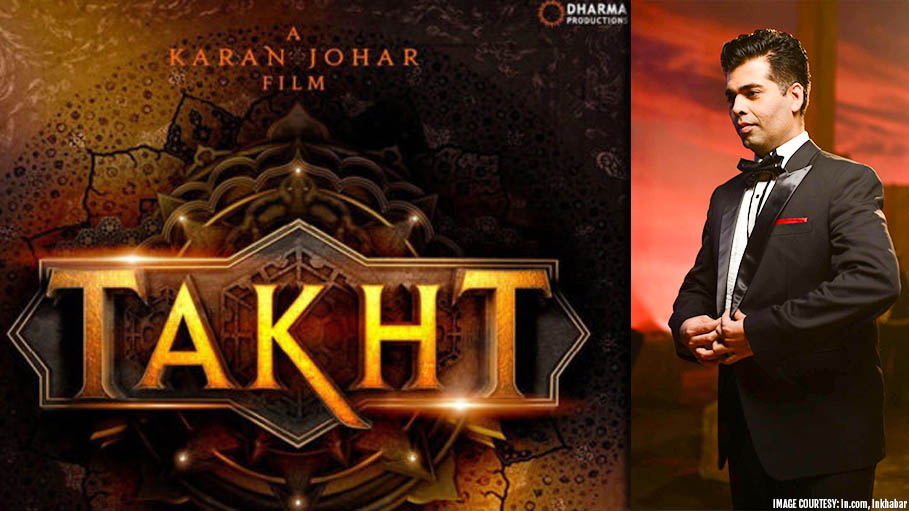 It is today morning that the film buffs like me bumped into Karan Johar’s next big banner film ‘Takht’ and most interestingly the film will be projecting a long and most popular starcast of Bollywood. Although not much is revealed about the plot, ‘Takht’ promises to be a period drama, set in the Mughal era.

‘Ae Dil Hai Mushkil’, released in 2016, was Karan Johar’s last work as a director, and though the movie fetched mixed review from critics and audiences, it turned out to be a blockbuster as per box office collection.

KJo who is known for his larger than life film treatments, visually enriching scenes, out and out dramatic storylines and casting the most sought-after faces, is surely upto something different this time. In the last few years, period dramas have been gaining good popularity, be it in Bollywood or the Holly industry. And this is the first time that KJo will be trying his hands on a periodic tale that is scheduled to release in 2020.

A story of a family, of ambition, of greed, of betrayal, of love & of succession...

TAKHT is about WAR for LOVE…”.

An incredible story embedded in history...
An epic battle for the majestic Mughal throne...
A story of a family, of ambition, of greed, of betrayal, of love & of succession...
TAKHT is about WAR for LOVE....@dharmamovies @apoorvamehta18 pic.twitter.com/BQg6SvdFfb

Some of the other stars couldn’t resist but to share: