Kate Middleton Must Wear This Outfit When She Travels Abroad

The royals are always advised to pack a black ensemble in case someone dies during their trip abroad. 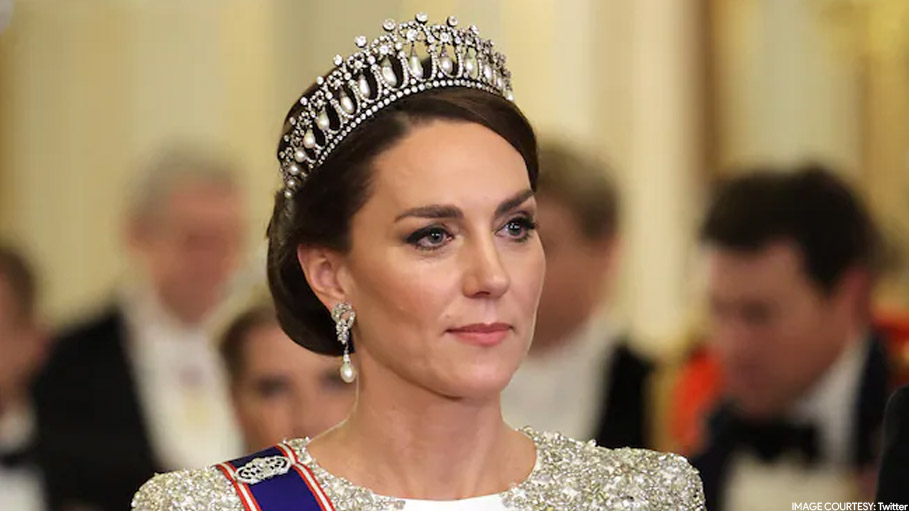 London: Kate Middleton is undeniably one of the most fashionable royals in the British Royal family. While most of us would struggle to pack for an overseas trip without the added burden of international diplomacy, the Princess of Wales has an additional issue when she visits Boston this week: what to dress in the event of an unexpected death.

According to Page Six, the royals are always advised to pack a black ensemble in case someone dies during their trip abroad.

"Members of the British royal family are required to travel with a black ensemble in the case of the monarch or another senior royal passing while they are travelling," royal history expert Jessica Storoschuk of 'An Historian About Town' told Page Six Style.

The tradition began after Queen Elizabeth II made a rare royal fashion faux pas when she travelled to Kenya in 1952 sans mourning attire, and her father, King George VI, died while she was there, as per Page Six.

"After her father's unexpected death, she was forced to wait on the plane on the tarmac until an appropriate black outfit could be brought for her to change into," Storoschuk said of the new queen's arrival in England, adding, "it is much easier to keep it in your travel wardrobe than wait simply."

Since then, the royal family members have made it a point to pack a black outfit just in case.

Kate Middleton and Prince William will be visiting Boston on Wednesday to begin a three-day visit focused on the prince's annual Earth shot Prize.