Governor Bevin was given an introduction about Uflex and its businesses following which he enjoyed a tour of the film Business plant. 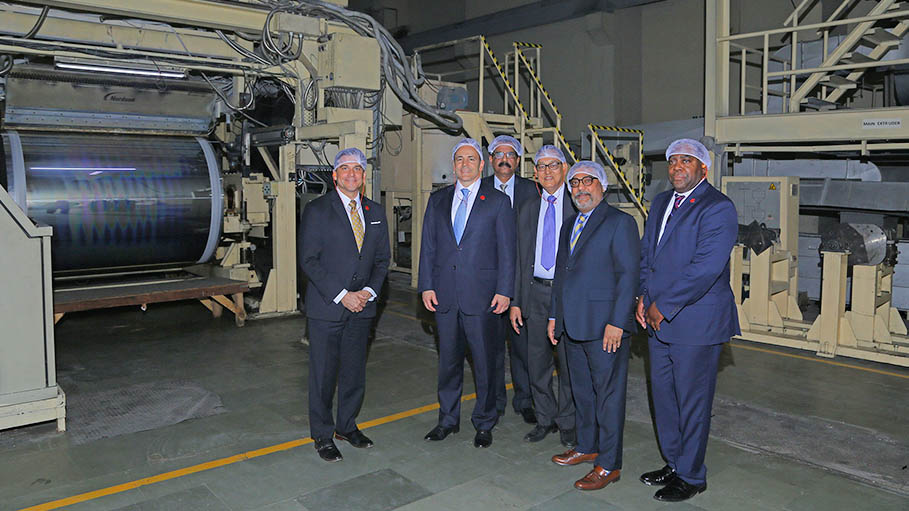 Governor of Kentucky State in the US, Matt Bevin, on Monday, paid a visit to the Noida Plant of Indian flexible packaging giant Uflex Ltd which is the home to Flex Films plant situated in Elizabethtown, Kentucky. Welcomed by the senior leadership of the company, Governor Bevin was given an introduction about Uflex and its businesses following which he enjoyed a tour of the film business plant. Governor Bevin interacted with the team and gained insights into the manufacturing operations and technology.

During the plant visit, Governor Matt Bevin said that Uflex has a significant presence in Kentucky through its Flex Films USA facility. The current visit to Uflex Ltd’s offices in India was beneficial at many levels. The US side was able to deepen its relationship with this prestigious company during their visit, and they look forward to helping Uflex expand their presence in Kentucky in the months and years ahead, he said.

FlexFilms which is the global film manufacturing arm of Uflex Limited has state-of-the-art film manufacturing facilities in all the four major continents - Asia, Europe, North America and Africa. Commissioned in 2013, the BOPET Film Line of Flex Films in Kentucky has a capacity of 30,000 TPA and is one of the largest polymeric film manufacturing lines in the world and by far the biggest in the USA. This plant also houses cutting-edge metallizer that produces over 10,800 TPA of high barrier metalized films.

Ashok Chaturvedi, CMD said that they are honored that Governor Matt Bevinchose visited their India plant and gave them an opportunity to host him. FlexFilms has invested in its employees and Kentucky’s economy and as they look at expanding their films’ product portfolio and scale of operations in the USA, they will ensure that they continue to work with the government in the future as well, he said.