Britain's Royal Mint on Friday unveiled the official effigy of King Charles III that will appear on coins following his accession to the throne. 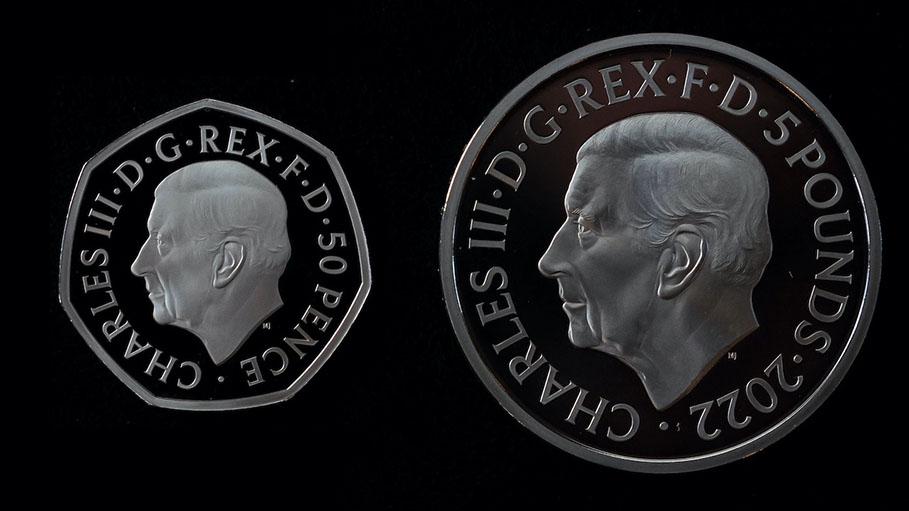 London: Britain's Royal Mint on Friday unveiled the official effigy of King Charles III that will appear on coins following his accession to the throne.

The effigy is the work of British sculptor Martin Jennings and was personally approved by the new king.

The first coins bearing the king's portrait will be a special £5 coin and a 50 pence coin commemorating the life of Queen Elizabeth II.

Jennings said his portrait was sculpted from a photograph of the Charles.

"It is the smallest work I have created, but it is humbling to know it will be seen and held by people around the world for centuries to come," he said.

In line with royal tradition, Charles's portrait faces to the left, the opposite direction to his late mother.

A Latin inscription surrounding the effigy translates as "King Charles III, by the Grace of God, Defender of the Faith".

The image of Charles will begin to appear on coins in circulation and on commemorative pieces in the coming months, the Royal Mint said in a statement.

Two new portraits of Elizabeth will feature on the reverse of the commemorative five pound coin.

The Royal Mint has been responsible for depicting monarchs on coins for over 1,100 years since Alfred the Great.

Elizabeth died on September 8 following a record-breaking 70 years on the throne.

Kevin Clancy, director of the Royal Mint Museum, said late queen had appeared on more coins than any other British monarch.

"Over the coming years it will become common for people to find coins bearing His Majesty and Queen Elizabeth II's effigy in their change," he said.

The Royal Mint said historically it had been commonplace for coins featuring the effigies of different monarchs to co-circulate.

"This ensures a smooth transition, with minimal environmental impact and cost."

There are currently around 27 billion coins circulating in the UK bearing the effigy of Queen Elizabeth II.

"These will be replaced over time as they become damaged or worn and to meet demand for additional coins," the Royal Mint added.

King Charles' 3 Flubs in First Week as King, and a Ratings Boost