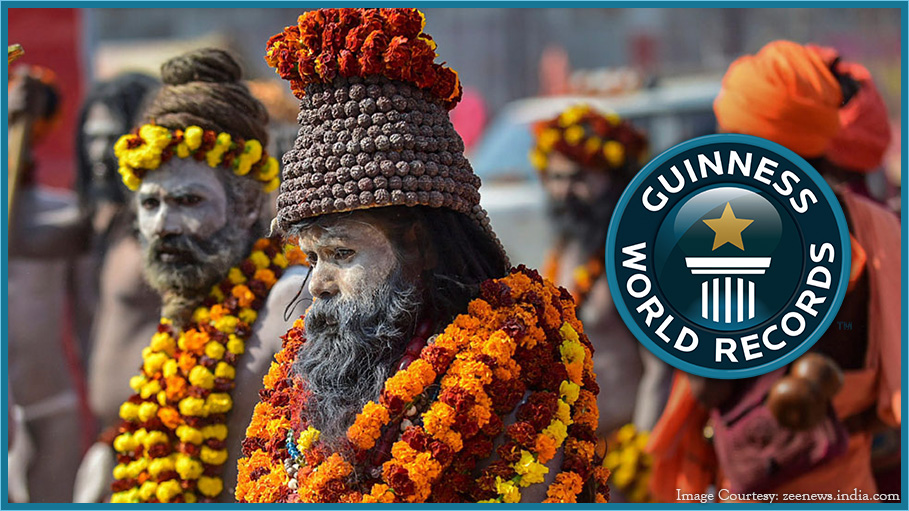 Ministry of Culture has confirmed that the record has been bestowed on the Kumbh Mela 2019. According to the statement released by the ministry, “a three-member team from the Guinness World Records visited Prayagraj for the purpose. Exercises at a large-scale were performed before the team for four days, from February 28 to March 3. Around 503 shuttle buses were pressed into service on the highway in one go for the team on February 28. Several people participated in a painting exercise on March 1 and 10,000 workers engaged in cleaning at the Kumbh, all performing their duties together”.

The Kumbh Mela that started on January 14 concluded on March 4 with the sixth and final ‘Shahi Snan’ (royal bath) on the occasion of Maha Shivratri. Earlier five royal baths were held successfully with the participation of more than 22 crore pilgrims from across the world.

This year the Kumbh Mela in Prayagraj is spread over an area of 3,200 hectares, while in the previous melas it was spread across 1,600-hectare area. Saints and pilgrims from all walks of life attend the Kumbh Melas.

In the largest sanitation drive, a large number of people wearing masks and brooms participated in the cleaning of the streets, a rare sight in the holy city of Prayagraj previously known as Allahabad, which is famous for the confluence of three rivers Ganga, Yamuna and Saraswati.

The record was created as part of the ongoing nationwide campaign Swachh Bharat Abhiyan is for the period of 2014 to 2019 by the Government of India. The campaign is aimed at cleaning streets, roads, and other infrastructures in cities, towns and rural areas.

Meanwhile painting on the theme of Jai Gange continuously for eight hours, where 7,664 people from all age groups participated. It was a part of the ‘Paint My City’ initiative. The earlier record was held by Seoul in which 4,675 people had participated.

The Prayagraj Mela authorities also set the Guinness World Record for parading the largest number of buses, where a total of 500 buses with the Kumbh Mela logo were used to make the record. The buses covered a stretch of 3.2km in the district.