Kylie Jenner, the young and beautiful member of the Kardashian gang is said to be blamed for Snapchat’s $1billion loss in value. Know the truth here. 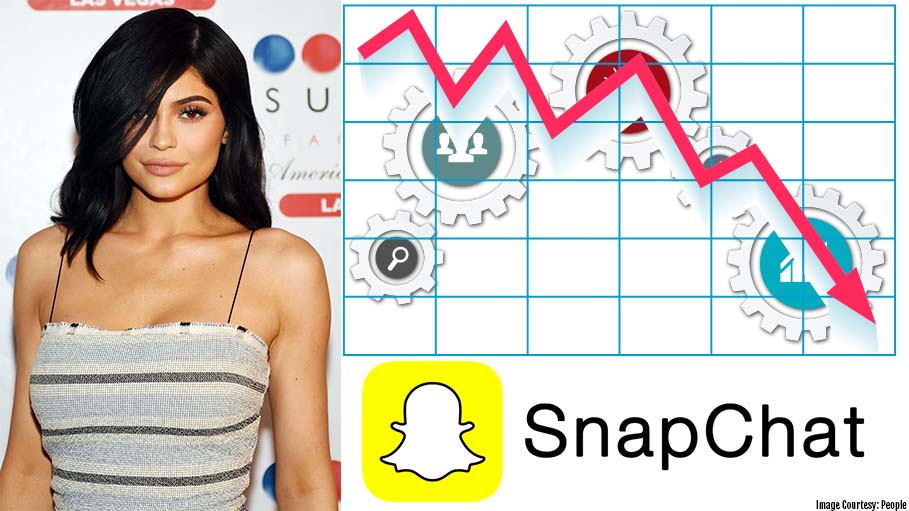 Kylie Jenner, the young and beautiful member of the Kardashian gang is said to be blamed for Snapchat’s $1billion loss in value. Know the truth here.

The Kardashians are again back in the headlines and being blamed for a huge loss. Kylie Jenner, the cosmetic queen and reality tv star has recently published a tweet that she doesn’t open Snapchat anymore! Kylie, who is also the sister of Kim Kardashian was grabbing all the spotlight for giving birth to a beautiful baby, few time back!

This is what Kylie Jenner tweeted -

Right after the tweet of Kylie Jenner, Snapchat’s stock began to fall (approx. 7%) and the drop continues till today. No wonder, it’s a very very tough time for snapchat, but is it Kylie Jenner alone to be blamed?

The answer is probably NO!

As per the reports, Snapchat lovers were not much in love with its redesign since February 9. Kylie Jenner herself as well expressed her disillusion regrading snap’s new avatar. Snapchat has also received an online petition garnering over 1.2 million signatures showing utter discontent over its redesign.

Clearly this wasn’t supportive enough. The damage was done and at present its IPO price drifts around $17.

There is absolutely no argument that the Kardashians love controversies. But a lot of questions arising, targeting this 20 something social media personality that shouldn't Kylie had been more responsible on her social media platforms? As per the searches, Kylie Jenner is one of the most sought after celebrities on Snapchat and being a celebrity they possess huge influential power over public. Daniel Ives of GBH insights said, “With 25 million [Twitter] users she carries a lot of weight.”

Hopefully, Snap handles the situation in the right manner and strategies.