A 15.81 carat Sakura diamond, the largest of its kind to ever appear for sale, will go under the hammer at Christie's upcoming Hong Kong Magnificent Jewels Live Auction on May 23, the auction house announced on Tuesday. 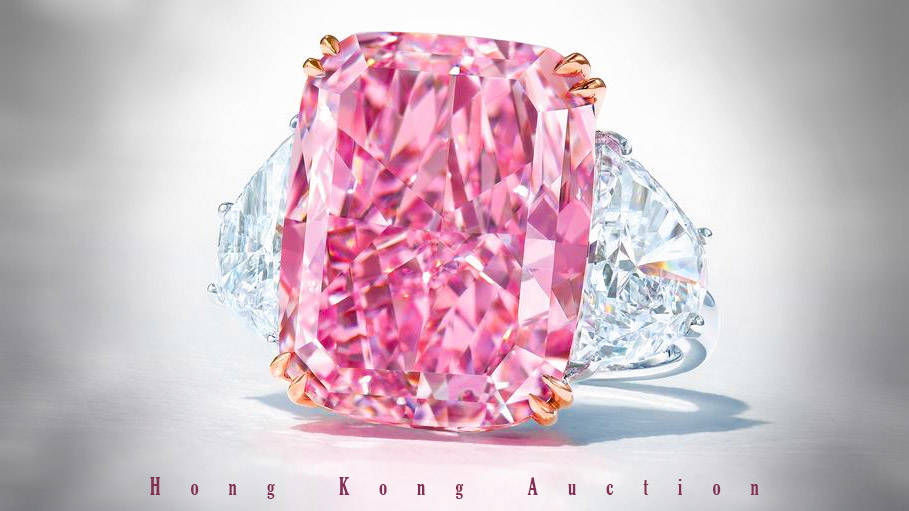 New Delhi: A 15.81 carat Sakura diamond, the largest of its kind to ever appear for sale, will go under the hammer at Christie's upcoming Hong Kong Magnificent Jewels Live Auction on May 23, the auction house announced on Tuesday.

Estimated at 25 million USD to 38 million USD, the "fancy vivid purple pink internally flawless" diamond will be the star highlight of the sale.

It is the diamond's exceptional rarity, extraordinary optical transparency, brilliant colour, and enormous size that make it an immensely important, and eternal masterpiece of nature.

"As fewer than 10 per cent of pink diamonds weigh more than one-fifth of a carat, this fancy vivid purple-pink diamond is of an unprecedented size of 15.81 carats, which is the largest of its kind (Fancy Vivid Purple-Pink) to be offered at any auction," a Christie's statement noted.

It added that the lot fell in the exclusive group of the four per cent of pink diamonds that possess a colour deep enough to qualify as "fancy vivid".

"This magnificent gem is graded 'fancy vivid'' for its perfect display of strong saturation and remarkable pink hue with a secondary colour of puwrple, resembling the fascinating colour of cherry blossoms - appropriately coinciding with spring," the auction house said.

Christie's has previously offered on auction several of the largest and the rarest pink diamonds, including the Winston Pink Legacy sold in Geneva in 2018 that still holds the auction record per carat for any pink diamond.

"This season we are very honoured to continue this fine tradition by presenting 'The Sakura Diamond'' in Hong Kong.

"This exceptionally rare and magnificent wonder of nature represents a unique expression of identity and mesmerising beauty through its enthralling purple pink hue, that will undoubtedly capture the hearts of discerning connoisseurs and collectors worldwide," said Vickie Sek, Chairman, Department of Jewellery, Christie's Asia Pacific.