Florida governor Ron DeSantis on Friday signed a law that eliminates a statute that has for decades allowed entertainment giant Disney to act as a local government in Orlando, where it has its theme park. 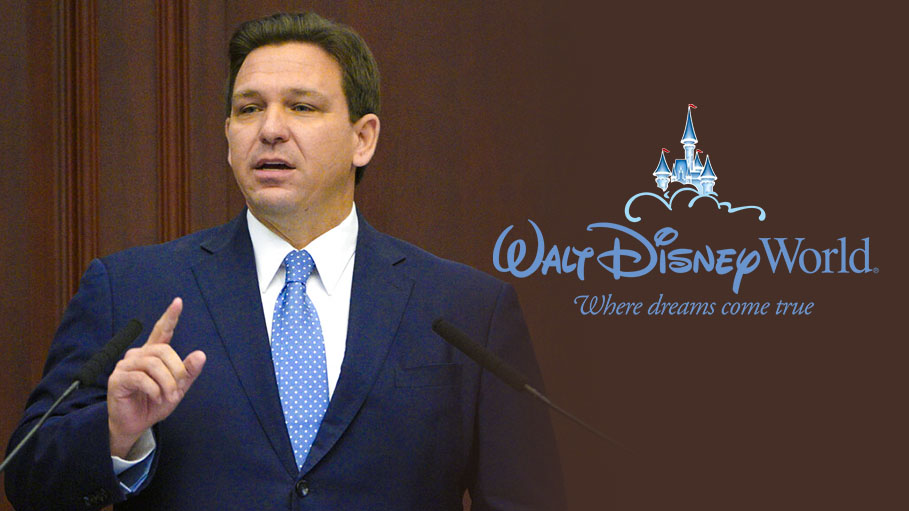 Miami: Florida governor Ron DeSantis on Friday signed a law that eliminates a statute that has for decades allowed entertainment giant Disney to act as a local government in Orlando, where it has its theme park.

The move was the latest episode in a dispute between DeSantis' Republican administration and Disney, after the company criticized the passage in March of a law banning school lessons on sexual orientation.

There was no immediate response by Disney to the decision, part of a cultural battle waged by Republican leaders across the United States.

Disney was initially silent about the law. But widespread criticism of the company, which employs more than 75,000 people in Florida, after it failed to publicly speak out eventually prompted Disney CEO Bob Chapek to condemn it and suspend donations to state politicians.

Those remarks rankled DeSantis and prompted the swift approval of Disney's withdrawal of special status, which comes into effect in June 2023.

"You're a corporation based in Burbank, California, and you're gonna marshal your economic might to attack the parents of my state," said DeSantis, according to NBC news.

"We view that as a provocation, and we're going to fight back against that," he said.

The Reedy Creek Improvement District was an area created by Florida's congress in 1967 to facilitate the construction of Disney World in Orlando.

The area is about 38 square miles (100 square kilometers) and includes two cities and land in Orange and Osceola counties, in central Florida.

Under that agreement, Disney runs the district as if the entertainment juggernaut were a local government, including collecting taxes and guaranteeing essential public services such as garbage collection and water treatment.

The decision to scrap the special district has raised doubts about the future of the land.

Under Florida law, if the special district is dissolved, its assets and debts would be transferred to local governments that surround the area.