Steven Tyler’s daughter, Liv Tyler took to social media to wish her beloved dad on his 70th birthday. She also posted an old Rolling Stone cover in which she’s planting a kiss on the Aerosmith star. 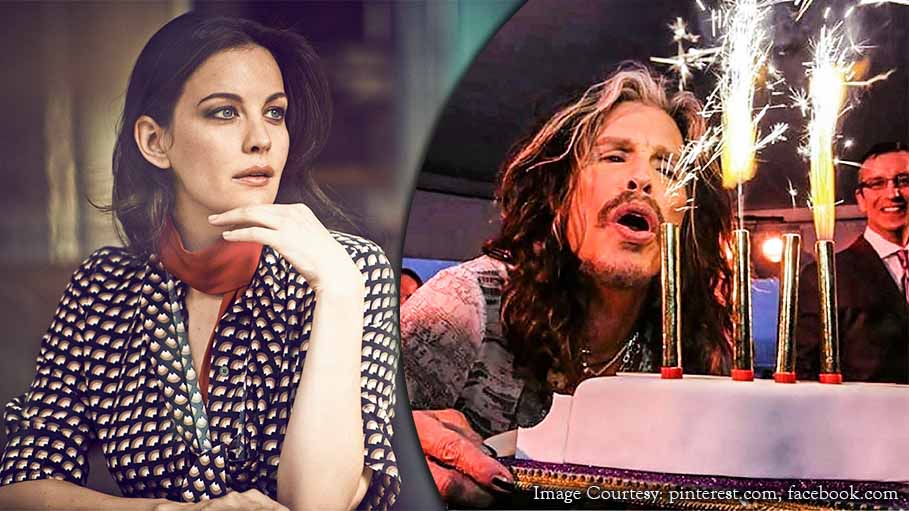 Steven Tyler’s daughter, Liv Tyler took to social media to wish her beloved dad on his 70th birthday. She also posted an old Rolling Stone cover in which she’s planting a kiss on the Aerosmith star.

Liv Tyler who worked with her father in the 1998 Ben Affleck movie ‘Armageddon’ posted these touching lines on Instagram on the occasion of Steven Tyler’s 70th birthday.

So proud to walk this earth with you.

To be born a part of your wolf pack.

Thank you for teaching me to never take no for an answer. To always ask more questions.

To really look and really listen and to really feel everything.

To feel joy and gratitude even when things don’t go as planned.

To stop and smell all the roses along the way even if we get lost doing so.

To stand up for and fight for what you believe in.

To read between the lines and listen for the hidden rhythm in everything in life.

You are a force to be reckoned with, a true inspiration and when you open your mouth to sing you light up the whole world. Thank you

Happy birthday daddy. May all your dreams come true.

I know you’ll be working hard to find them @iamstevent I love you!!!!

Liv Tyler also shared a photo of her father when was a young and mischievous boy, years ago.

Steven Tyler has been in the news recently for opening a home for abused girls called ‘Janie’s house’ and since then he has been deeply involved with the project. The thought of establishing ‘Janie’s house’ began since the time he co-wrote the song ‘Janie’s Got A Gun.’  He was motivated to write the song during the period when he was spending time at the rehab many years ago. There he met many women, who were there primarily because they were battered, verbally and sexually abused.  The song went on to become the band’s most beautiful composition. He even co-hosted a massive Grammy viewing party with Live Nation and raised $2.4 million for ‘Janie’s Fund.’

Tyler said “For this place to be here and for it to be called Janie’s house, it’s just a dream come true. When I said ‘Janie’s got a gun’ — she doesn’t need that gun now. Janie’s got a fund.”