The occasion of the eclipse was important for India because the next time when the country will get to witness another event like this is in September 2025. 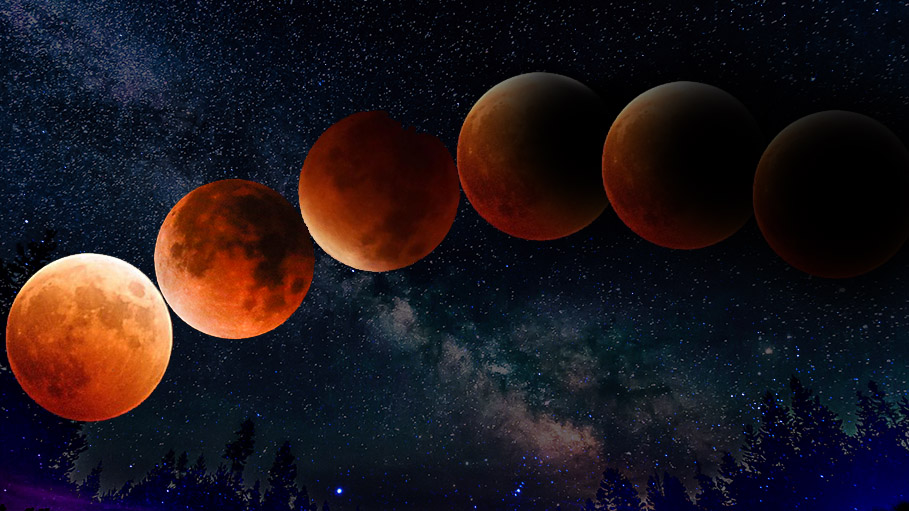 Curious skywatchers across the world have witnessed the longest lunar eclipse of the 21st Century, as the moon rose to total eclipse turning red. The period when the moon was totally covered lasted for 1 hour and 43 minutes. Almost the whole world witnessed the eclipse with clear visibility in Europe, Middle East, Asia, Africa, Australia and South America.

During the eclipse, the Moon passed through the center of Earth’s shadow. In coming days Mars will be closer to Earth since 2003 and the red planet will be visible as a red star wherever the sky is clear. Apart from Mars, there was a good view of other planets such as Venus, Jupiter, and Saturn, which looked like in procession of planets for the delights of the skywatchers.

Mars has been seen as a bright red star below the Moon. Every two years or so, Earth overtakes Mars on its orbit to the Sun, so Mars is closer to Earth. During the process, the Earth also changes its color and turn into a natural satellite with an eye-catching red or ruddy brown color.

Wherever the sky was clear, the eclipse was visible almost everywhere around the world, except for North America. The best view was observed from Eastern Europe, East and Central Africa and South East Asia, where the whole eclipse was clearly visible.

In India, the cloudy sky has caused viewing problems, but in some parts of North India, skywatchers experienced the eclipse fully and somewhere partial. This time, there was no protection required to view the longest eclipse.

A total lunar eclipse happens when the Sun, Earth and Moon are aligned and the Earth completely blocks sunlight from reaching the satellite. The light then appears reddish, which is why it is also known as “blood moon”. Lunar eclipses only take place when the moon is full. Now, a partial lunar eclipse will be visible after 2:43 am IST again a day after on July 28 as the Moon continues to revolve on its orbit and pulls away from the Earth's shadow. The occasion of the eclipse was important for India because the next time when the country will get to witness another event like this is in September 2025.

SEE ALSO:
The Longest Lunar Eclipse of the Century Will Take Place on July 27, 2018