Nobel Peace Prize winner Malala Yousafzai has returned to Pakistan for the first time since she was shot by Taliban militants in 2012. She is expected to hold meetings with Prime Minister Shahid Khaqan Abbasi. 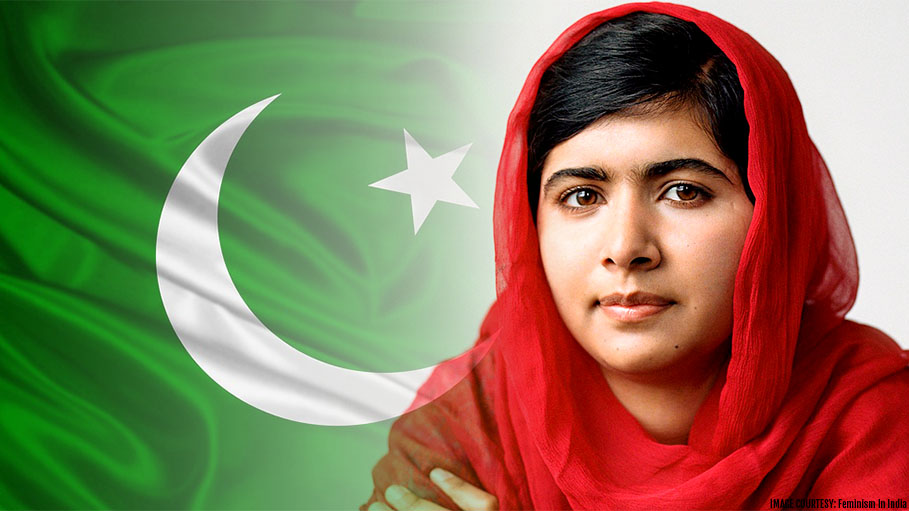 Nobel Peace Prize winner Malala Yousafzai has returned to Pakistan for the first time since she was shot by Taliban militants in 2012. She is expected to hold meetings with Prime Minister Shahid Khaqan Abbasi.

The trip which is expected to be for four days and it is also not clear whether she will visit her hometown in Swat valley during this visit, which she and other officials of her organization Malala Fund Group has undertaken.

20 year-old Malala Yousafzai is a vocal human rights activist. She was shot in the head by a gunman for campaigning for female education. Since then she was out of her village and country. She has always expressed her wishes to return to Pakistan, describing her hometown of Swat as “paradise on earth” in an interview recently.

“I have received a lot of support in my country,” she told US talk-show host David Letterman in a program. “There is this lust for change. People want to see change in their country. I am already doing work there but I want my feet to touch that land.”

At the age of 11 years, Malala began writing an anonymous diary for BBC Urdu about her life under Taliban rule in the rural part of Pakistan. She gradually becomes a vocal advocate of female education amid militant suppression in Pakistan. She was attacked in a school bus at the age of 15 years, when a Taliban gunman shot her in the head in October 2012.

She sustained life-threatening injuries in the attack and had to have part of her skull removed to relieve swelling on her brain. Malala's story brought international attention. Though the Pakistani Taliban said at the time that they shot her because she was pro-west and promoting western culture in Pashtun areas.

Immediately after her emergency treatment at a military hospital in Pakistan, she was transported to the United Kingdom to recover in Birmingham, where her family is now based.

After she recovered, Malala continued to speak up for children's education and rights around the world. She set up the Malala Fund with her father Ziauddin, with the goal of working for a world where every girl can learn and lead a life without fear.

In 2013 she was named one of Time Magazine’s most influential people in the world and was first nominated for the Nobel Peace Prize. The same year, she won the European Parliament's Sakharov prize for Freedom of Thought and she also released her autobiography “I Am Malala”.

In 2014 she became the youngest person and first Pakistani to win the Nobel Peace Prize. She and Indian child rights activist Kailash Satyarthi were jointly awarded for their efforts for children's rights.

Despite security efforts in recent years, the Pakistani Taliban has remained active in Pakistan. They have been blamed for a number of deadly attacks on schools and colleges that have killed hundreds.

But Malala reply to them is through her education and advocacy, She has continued campaigning while pursuing her studies. Last year she has been admitted in Oxford University where she is studying Politics, Philosophy and Economics.

SEE ALSO:
Biopic on Malala to Release on 31st January 2020