The person on the app complained to Zomato about how the service had been “allocated to a non-Hindu rider” to deliver his order. 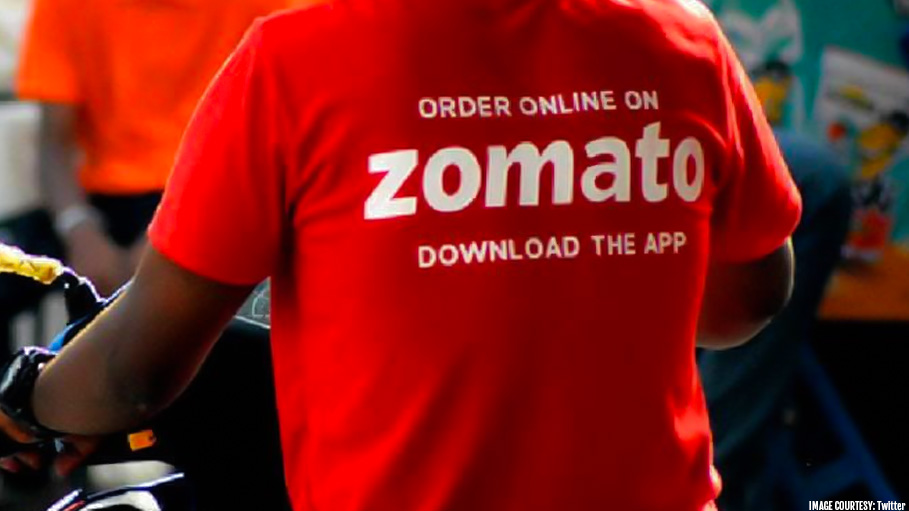 Cancelling a food order on app-based food delivery service Zomato would be so compensating, a man from Jabalpur was unaware of. To go further the man named Pandit Amit Shukla even tweeted that he declined the order because the delivery boy was from a different religion. On the other hand, taking a stand Zomato responded to the person’s tweet, which got a lot of praise on social media and that proved to be befitting reply to the man.

The person on the app complained to Zomato about how the service had been “allocated to a non-Hindu rider” to deliver his order. He also added in his tweet that the company said, “They can’t change rider and can’t refund on cancellation”. Infuriated by the stand of Zomato that would not refund the cancellation charges, the man threatened the food service with legal action.

He Tweeted, “@ZomatoIN is forcing us to take deliveries from people we don’t want else they won’t refund and won’t cooperate I am removing this app and will discuss the issue with my lawyers”, Pt. Amit Shukla (@NaMo_SARKAAR) on July 30, 2019.

The man then shared his conversation with the company’s helpdesk, which had wanted to know what the issue with the rider was. “We are having Shrawan and I do not need a delivery from a Muslim fellow”, the man wrote in the conversation.

To this, the company replied that the cancellation after the delivery boy has picked up the order would cost the user Rs 237. The user then alleged that the company has blocked him from accessing the details of his order on the site.

He also wrote, “Now the history of my latest order has been blocked, which I have asked them to cancel they did it why are not they showing details on the site they can show that I ordered cancellation without any refund they did so”, Pt. Amit Shukla (@NaMo_SARKAAR) on July 30, 2019.

As the man’s complaint started garnering attention on the social media, the company took to Twitter and replied the person, “Food doesn’t have a religion. It is a religion”.

Followed by company’s CEO Deepinder Goyal, who also came into the scene with a tweet in which he stood by the company’s decision. He wrote, “We are proud of the idea of India and the diversity of our esteemed customers and partners. We are not sorry to lose any business that comes in the way of our values”.

Netizens on social media were following the trends and as they witness the stand and responses of the company and its CEO, many took to Twitter and supported the food carrier company and slammed the customer for his remarks. Many social media users also observed that not getting food delivered by a person from another religion had no basis in the Hindu culture.

Maybe for the person, his definition of the religion and its practices are different, but all religions in the world are centered upon one philosophy and one goal and that is ‘Humanity’.