n an effort to recover from the decline of tourists due to the recent events, Cinnamon Hotels and Resorts have engaged popular celebrities in promoting tourism to Sri Lanka. 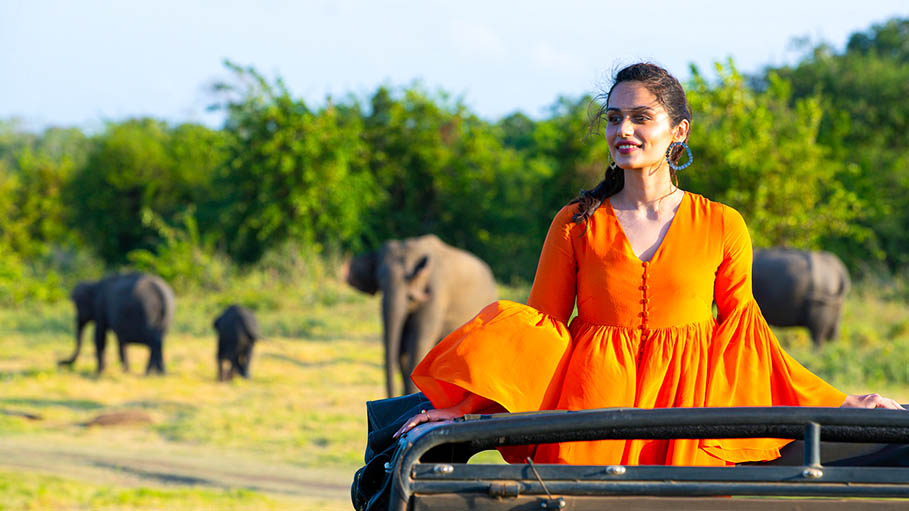 Miss World 2017 fame Manushi Chhillar visited Sri Lanka on an exclusive trip hosted by Cinnamon Hotels and Resorts in a unique initiative to attract global travellers to the scenic island country of Sri Lanka. Sri Lanka has always been world-renowned for its top-class tourist attractions, innovation and hospitality. In an effort to recover from the decline of tourists due to the recent events, Cinnamon Hotels and Resorts have engaged popular celebrities in promoting tourism to Sri Lanka. Sri Lanka has always been the beautiful and endowed pearl of the Indian Ocean with its rich history, culture and tradition.

With regard to the new strategy that has been implemented. Dileep Mudadeniya, Vice President John Keells Holdings, Head of Brand Marketing Cinnamon Hotels and Resorts and CEO Cinnamon Life Mall said that what is tested and proven in these circumstances is to engage third parties who can give an assurance and show the real product. He said that they need to mobilize destination ambassadors. Cinnamon celebrity program is launched with such an aim. The Cinnamon celebrity program is instrumental in assuring and reassuring tourists all over the world that Sri Lanka is once again safe for travel. It also sheds light on the wide array of attractions in Sri Lanka that are all open and ready to be experienced.

With this aim in mind, the team at Cinnamon Hotels and Resorts recently published a video that went viral which featured Manushi Chhillar. The video that showcases her Sri Lankan travels and experiences has garnered over 280,000 views on Instagram and over 4700 likes on Facebook just days after its launch. Chhillar has a reach of 5.5 million followers on Instagram and more than 803,600 fans on Facebook; she has travelled to many countries and was named as the first Miss World to have visited all the continents in the world apart from the Arctic and Antartica. Having travelled the world, it is truly a blessing to have had her visit Sri Lanka and state that “It’s no wonder she is ranked as the best island in the world and the No. 01 travel destination for 2019”.

Manushi Chhillar who was able to travel through the island; from the east to the west and from the north to the south within just a couple of days, said that Sri Lanka has got everything to offer within few minutes of travel.. She was mesmerized by all that Sri Lanka has to offer; from the sunny and sandy beaches, luscious greenery and the thick jungle to the entertainment hub that Colombo now is. She was able to carry a little bit of Sri Lanka home from the Lak Arcade where she purchased souvenirs and little trinkets.

She visited the Temple of the Sacred Tooth Relic in Kandy and witnessed a cultural dance show, the ancient rock monastery in Sigiriya, Peradeniya Botanical Gardens and various other popular locations in Sri Lanka. In her words, She said that she loves Sri Lanka because this exotic island has so much to offer and is so close to home. From the rapidly growing entertainment hub in Colombo sponsored by Bellagio to the scenic and culturally rich hills of Kandy to the mythical palaces dating back to 5th century. She also received therapeutic Ayurvedha treatments courtesy of Siddhalepa Spa. That was not it, she had her share of adventure and fun when she explored the Minneriya National Park where she traversed into the thickets and was mesmerized by the large gatherings of beautiful Asian elephants.

This initiative was also endorsed and sponsored by Cinnamon Life, Cinnamon Air, Sri Lankan Airlines, Walkers Tours and BMW to ensure that Sri Lanka Tourism rises back to being one of the giants of tourism in the world.

Chhillar said that this is the country which she will always keep coming back to, her diversity will awe everyone, her people will welcome everyone & her history will transport everyone! With the assurance of safety that the visit of celebrities such as Manushi Chhillar to Sri Lanka provides, Sri Lanka Tourism will indeed be able to recover faster and be the tourist centre it always was! Cinnamon is always proud to host not only celebrities but all tourists from all over the world in perfectly Sri Lankan hospitality and true comfort.