Marketing Mistakes That Are Ruining Your Brand’s Equity

Running a business is hard work and it requires a lot of time, effort and dedication. That’s why you can’t afford to make marketing mistakes. 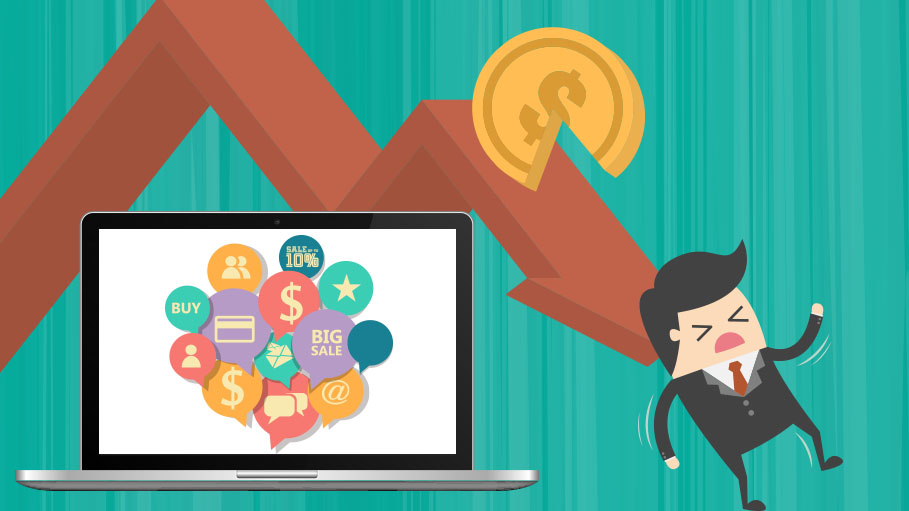 Running a business is hard work and it requires a lot of time, effort and dedication. That’s why you can’t afford to make marketing mistakes. Whether its PR nightmares or problems with customer service, you need to make sure that you are on top of everything.

You also want to make sure that you are doing the right thing at all times, because today’s day and digital age has proven time and again that everything is online. You can’t run, hide or lie anymore – it's always there. People are looking to take down bigger brands all the time, and it’s no secret that they’re successful. Even hackers are targeting unethical brands all the time just for laughs.

When your brand is making key marketing mistakes frequently, it means that there are underlying problems that need to be addressed. It may be just as simple as firing the existing marketing guy and getting another. Gone are the Mad Men days. We need a more strategic approach to analyzing where the problem lies and what we can do about it.

A bad marketing campaign can not only cost you money but lose equity as well. With the right prospects being miles away you could be crushing your brand’s reputation and building up a fake bridge towards failure. Milestones galore, these marketing campaigns may come up time and time again, but the results remain the same – failure and worse yet – damages. You can even get sued by customers who want to overthrow your marketing practices. E.g. an SMS campaign in today’s day and age could prove to be much worse for luxury brands than ever before. Equity is earned over years and lost within months.

Your campaign could also be succinctly out of touch with reality and with what people really think. Values, collective consciousness, and liberation of the mind are important when considering campaigns that perform well. Nevertheless, your brand needs to be aware of how your customers thinks, as well as how the collective consciousness of the time/geography thinks as well.

When the ‘Heart Attack Grill’ launched its spokesperson, who was 200 pounds overweight, it turned into a nightmare for them when he died of a heart attack. The irony was lost on the brand’s CMO who hired a replacement for him in minutes.

Your marketing campaign needs to appeal to your target audience but must follow core practises of collective consciousness. When Pepsi launched the ad with Kendall Jenner, it was one of the most hated ads in all of marketing. Everyone from celebrities to influencers were hating on the ad from the moment it released. This led Pepsi’s stock price to drop and made them issue a public apology to the billions of customers and to Kendall as well. The marketing campaign completely missed the point and it ended up tarnishing their reputation for years to come.

Here’s another one that’s been plaguing the marketing industry for years. Lack of research and analysis leads to a stalling of insights that creates bad campaigns. You want to know why every ad looks exactly the same? Its because marketing and research haven’t been married yet. We are still going with what ad agencies have been saying for years. We don’t want to innovate because it's scary and don’t want eyes on the merchandise.

This is the wrong approach for many reasons. You need to be able to understand the importance of a good marketing campaign. Dollar Shave Club got acquired for $2Billion based on a marketing campaign that was well executed. The CEO researched how online culture had become viral-centric and produced a campaign that had well thought out elements.

You can also leverage existing customer data to make sure that you’re saying the right things to the right people. If you don’t want to mix up the messaging, then you need to make sure that you are saying your piece the right way. Marketing communication that appears muddy or complex, can get easily lost on the ears of people who are your customers.

Over-reliance on emotions is also a negative trigger that can affect your campaign poorly. You need to balance the two out to be able to create a more actionable marketing portfolio.

The messaging needs to be well thought of, so that there isn’t a chance for detractors to take away from it. When we talk about ‘the youth’, what do we really mean by it? Brands have become so out of touch with their audiences because of this very reason – lack of research.

When people talk about your brand what do they say? Is it positive things or are they confused about who you really are and what you do? When people Ford or GE, they have a particular image in their mind. That image is the mind’s positioning, and brands have spent a lot of time, money and effort to develop that over the years. That positioning strategy is the difference between a great marketing strategy and a poor one. This is because the positioning strategy is in relation with the industry and the timing of the customer balance.

When companies start to play around with their positioning by supporting certain movements or detracting from others, it could create a long-term positioning problem. People might not be able to describe it in words, but they definitely feel something when they think about your brand.

Maybe your brand stood for reliability, but you’re now talking about speed and transmission. You need to be in touch with what your brand’s positioning is so that you can build upon it and not take away from it. An improper positioning strategy is the best way to invite online comments that are overwhelmingly negative.

There are many marketing mistakes out there that are negatively affecting your brand, thereby making you lose money on a leaky bucket. You must fix these problems before the problem becomes much worse.

Retargeting Mistakes to be Careful about

Ways to Optimize Adword Campaigns for Your Advantage