Whoa! What the Fight! An aggressive tussle between employee and customer goes viral in a McDonald’s store. Watch video! 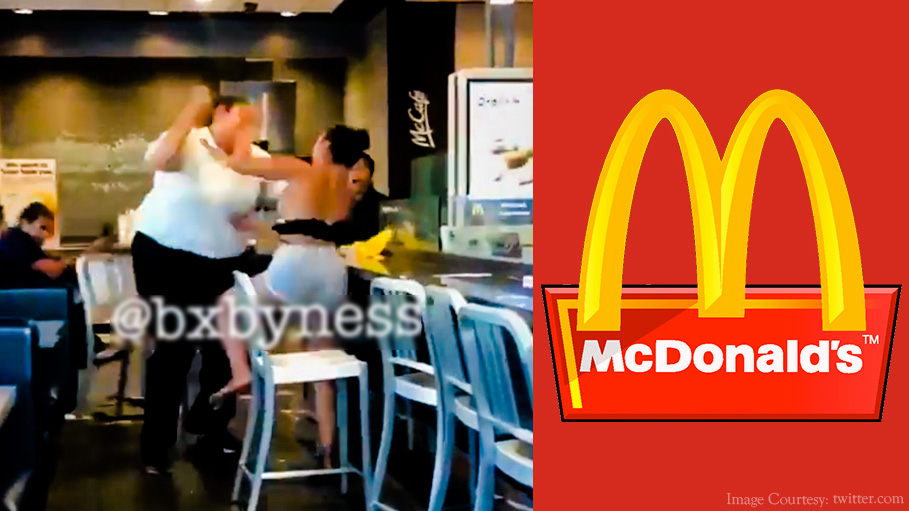 Yesterday a US McDonald’s store suddenly transformed into a fight club when two ladies indulged in a nasty fight over a cup of soda. And guess what… another customer filmed it and now the viral video is taking a tour across the digital media circle. Here’s the shot for you!

What do you expect when you visit a McDonald’s outlet? Some relaxed, lazy time over some yummy burger and a drink…, clicking a sweet family picture, or children cribbing for a Happy Meal, right? But a physical fight, and that too over free soda? Not in your wildest dreams!

Scroll down to watch the full video

But that’s what actually happened yesterday. Supposedly, an employee turned off the soda machine and the customer threw a french fry at the employee, for not getting her desired cup of soda.

Allegedly, it is the customer who initiated the fight, provoked the employee to get into the brawl and also aimed a milkshake at the worker. Thus, the ‘wrestlemania’ began!

Sometime during the end of the video the customer is seen lifting a chair and threatening the employee, however the employee snatched the chair and put it back.

Watch the full the video:

Although it’s not been reported exactly where such a disturbing episode took place, but a McDonald’s store owner Brent Bohn mentioned in an email, “We do not condone the behavior depicted in this video, and are currently investigating.”