This caveman did not spend his early life in caves though. It turns out to be that Guido Camia was trained to be a patisserie chef. 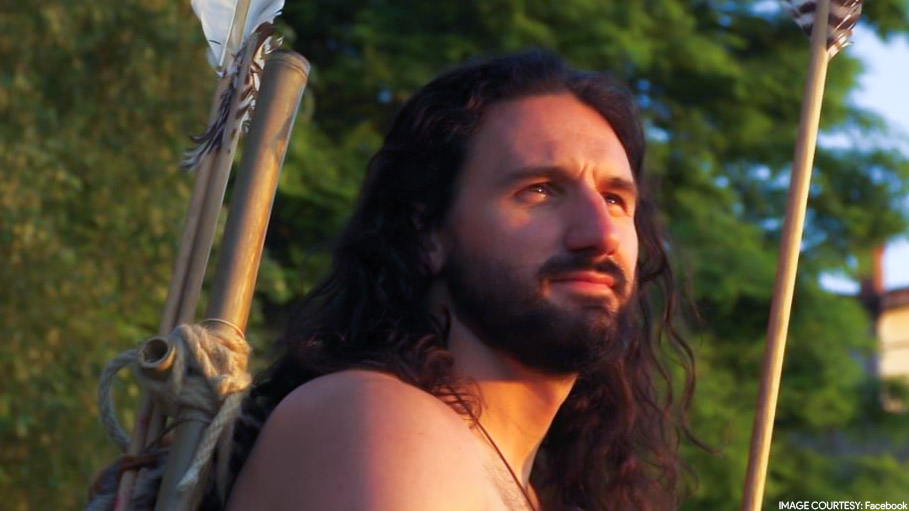 Guido Camia is an Italian modern-day caveman who teaches lessons of survival for those who desire to go back to Stone Age. Living in the Italian Alps, you can spot this caveman adorning animal skin and carrying archaic tools like a spear to survive the wild and harsh environment. A scene that will most likely take you back to Stone Age!

This caveman did not spend his early life in caves though. It turns out to be that Guido Camia was trained to be a patisserie chef. Now, however, the adventurous streak has taken root in his personality and thus he prefers enjoying the sublime beauty, nature has to offer.

He teaches people how to climb rocks and fish barefoot. He shows them how to cook using the most basic equipment. You can learn to light fire using flintstones and make a forest shelter too. Camia believes that it is important to learn surviving skills today because it teaches you how to adapt to changing climate and take to other kinds of food- the key ingredients to survival.

“That makes people understand that the brain uses the most energy. And even very simple calculations become difficult after three days without food,” he said.

Seeing the rapid environmental and climatic changes occurring so frequently in various parts of the world, his ideas prove to be thought-provoking. Though he doesn’t believe that the world is coming to an end, he adds, “we have to know how to adapt to the changing climate, to other types of food and to be able to change our ways of life.”

Guido Camia is a big fan of the Neanderthals and he uses their surviving techniques to teach his students. Speaking of the Neanderthals, Camio says, “He was a nomad who moved around a lot, lived in caves, but also knew how to build small shelters.” Neanderthals are an extinct species also known as Homo Sapiens who lived alongside modern humans until their extinction 40,000 to 30,000 years ago.

All the survival courses offered by Guido Camia are supervised by Italy’s International Survival Federation (FISSS).

The modern caveman charges 80-100 euros ($90-112) per night for each person. The course will also include staying in a bivouac shelter. So, if you believe in the notion of the survival of the fittest, you know where to head now.