The kidney donor Nina Martinez and the recipient, who wish to remain anonymous, are recovering in the hospital after the successful surgery. 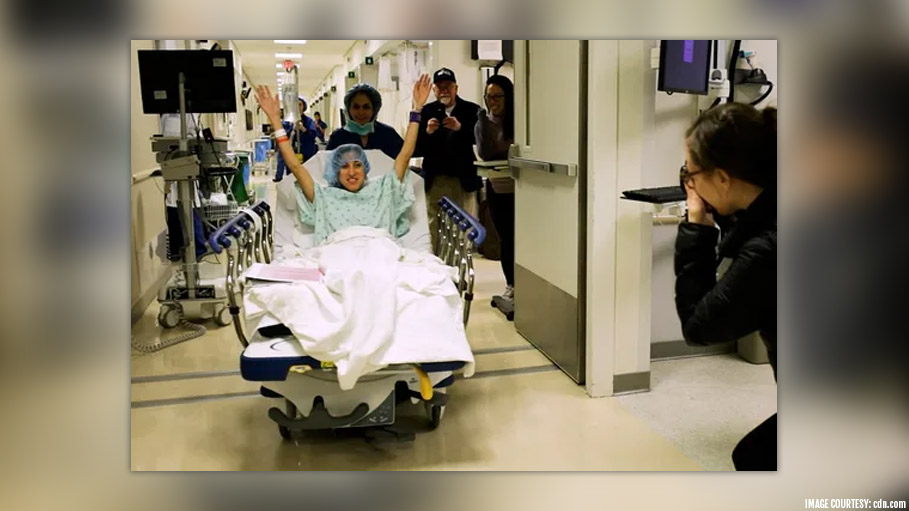 In a first, the surgeons at the Johns Hopkins Hospital have successfully transplanted a kidney from a living HIV positive donor to an HIV-positive recipient. It is a medical breakthrough and medical practitioners now hope that it will expand the pool of available organs and help change perceptions about HIV.

The kidney donor Nina Martinez and the recipient, who wish to remain anonymous, are recovering in the hospital after the successful surgery.

The success of the surgery is also an important step towards the evolution of HIV, which is considered certain death when the AIDS epidemic first broke out in the year 1981. Medication now can suppress the infection to undetectable levels in many people.

Weeks before the operation Martinez said in an interview, “Society perceives me, and people like me, as people who bring death. And I can’t figure out any better way to show that people like me can bring life”.

35-year-old Martinez, who contracted HIV during a blood transfusion at an early age, announced about the surgery last week during a Press Conference at Johns Hopkins Hospital. Martinez is a public health consultant who lives in Atlanta and is aware of the HIV Organ Policy Equity Act 2013, the law that allows the surgery.

Dorry Segev, Professor of Surgery, at the Johns Hopkins University of School of Medicine, who led the research and removed Martinez’s left Kidney said, “People with HIV today can’t donate blood. But now they are able to donate a kidney. They have a disease that 30 years ago was a death sentence. Today, they’re so healthy they can give someone else life”.

Martinez’s organ was implanted in the recipient by a separate team of surgeons, through a normal procedure. Indian American Niraj Desai, an assistant professor of surgery at Hopkins, performed the operation.

Martinez and the recipient will now remain under observation on antiretroviral medication indefinitely to control their HIV, because they may have different strains of the virus and different resistance to HIV medication and doctors must monitor the recipient closely for months as the new organ is introduced to a new body.

In the year 1983, Martinez and her twin sister were born premature by 12 weeks in San Jose and soon developed anemia. Martinez was taken to a military hospital in San Francisco for a blood transfusion, where she acquired the infection. She and her family were not aware of the infection until the age of 8 years when she was checked for an eye surgery.

Soon, she says become untouchable in the society, to begin with, her school where she was watched to ensure she was not a health hazard to other children. She later learned that one principal asked, “Why are we educating her with public dollars if she's going to die?” In later part of her life, as a professional, when her roommate found out she had HIV, he moved out, leaving his belongings behind.

She says, “It gives me great joy to know that I am putting a story like this out there. Because those people need a mental reboot”.