Meghan Markle’s nephew- Tyler Dooley and his mom Tracy have appeared in an interview on Good Morning Britain confirming that they are not one of the lucky 600 people to be invited for the ‘Royal Wedding’. 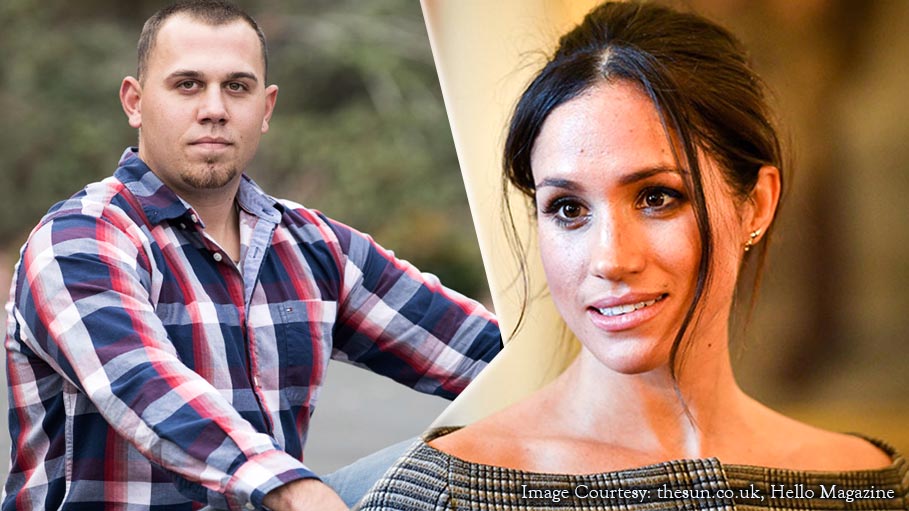 Meghan Markle’s nephew- Tyler Dooley and his mom Tracy have appeared in an interview on Good Morning Britain confirming that they are not one of the lucky 600 people to be invited for the ‘Royal Wedding’.

While the Royal family is gearing up for the ‘much talked-about-wedding’ that is going to take place shortly, ‘the soon-to-be-royal’, finds herself in awkward situation. Tyler Dooley, Meghan Markle’s nephew, made a shocking appearance on ‘Good Morning Britain’ where he declared that he and his family haven’t received invites for the ‘Royal Wedding.’

Tyler still has a ray of hope that he might receive the lucky invite. He says “We’ve not got anything yet. At this point, who knows?  This all goes back to Meghan, it’s her day and her happiness", indicating that there are slight chances of the invites coming in. He states that the decision is finally up to Meghan however he’ll be there to support her no matter what. Unlike her hopeful son, Tracy has finally come to terms that they’ll not receive the invites. “I don’t think that we’ll get the invitation and that’s just, that’s fine...” Tracy was also married to Meghan’s half brother until 2001.

Things took a turn when it was later revealed on the broadcast that Tyler hasn’t spoken to Meghan in the last three years and Tracy hasn’t seen her in twenty years. Obviously, the hosts were flabbergasted. Isn’t it astonishing when relatives come on air claiming relations and seeking invites when they haven’t been in touch with the concerned party all these years? Besides, by talking about it live on air, makes the whole situation awkward.

This revelation took the host by surprise. Host- Richard Madeley goes on to say “Well then it doesn’t seem unreasonable for you not to be invited, does it?” he asks. “I mean, if it’s 20 years, you’re pretty much on the fringes, aren’t you, of the family, to be honest?”

Later on the show, Tracy mentioned that she’s sure that Meghan Markle’s father- Thomas Markle is giving Meghan away on the wedding day. She said “The arrangements are being made... I don't think he's waiting for his invitation, because I'm sure they already have the plans in place, and for me talking to him, he's very excited to be a part of it."

We are not very sure whether the ‘Dooley’ family will be lucky enough to receive an invite. Nonetheless, after this awkward situation and after seeing her relatives live on air, Meghan may finally decide to change her mind and send them an invite.  You can never say.