Mevan lived in the refugee camp in Zwolle, Netherlands for about a year between 1994 to 1995. She recalls that it was such a miserable period albeit the generous act of the kind man remained with her forever. 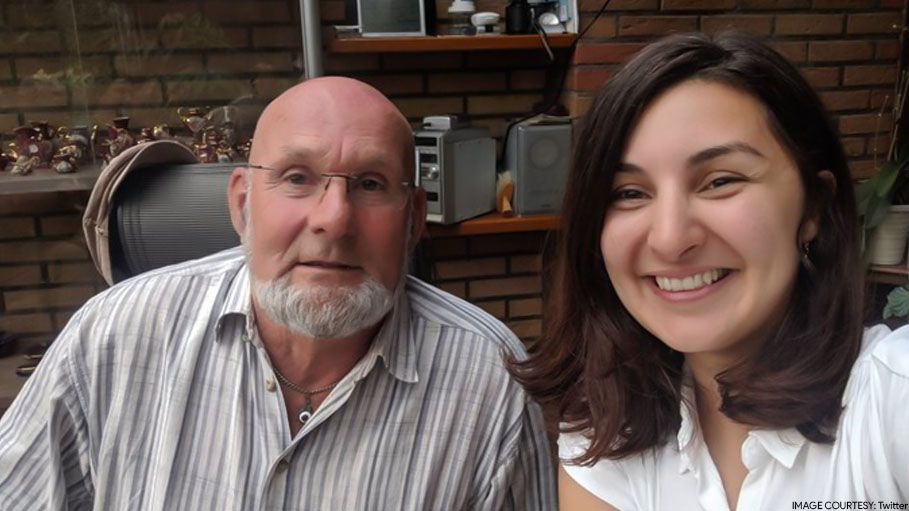 Mevan Babakar, 29, lived in a refugee camp in the Netherlands after fleeing Iraq 24 years ago during the Gulf War. When she was residing in the camp during those turbulent times along with her parents, she was gifted a bicycle by one of the men who worked in the refugee camp. She still fondly recollects the man who made her feel special and worthy as a little girl.

Mevan lived in the refugee camp in Zwolle, Netherlands for about a year between 1994 to 1995. She recalls that it was such a miserable period albeit the generous act of the kind man remained with her forever.

Even though Mevan Babakar is well settled in London now, she still yearned to know this generous man’s name. She desired to trace him. A daunting task yet she wanted to give it a shot anyway.

Fortunately, Mevan possessed an old photograph of him and she decided to share it with her followers.

Here’s what she had to say:

Replying to one of the users Mevan said, “There was so much hardship at that point in our lives and this was such a generous act, it taught me kindness can exist everywhere, no matter how terrible it may seem.”

It appears that all forces of power came together to grant Mevan’s wish; in her case, it was social media. She finally found him.

With her tweet and hundreds of retweets and with the help of a journalist she traced his family members. Ultimately she learned that the generous man- Egbert lived in Germany.

Then they drove down to Germany, all excited and anxious. There she was standing in the steps outside her home in Germany.

“It felt like seeing a long-lost relative, really, in the same way you might see someone at Christmas and you talk about nothing and everything in one go.”

They spoke about the year they knew each other and also the years that flew by after Mevan left the refugee camp. When Egbert knew Mevan as a small girl he wished that Mevan should grow into a brave woman and indeed his wish was granted. Egbert also spoke to Mevan’s mother on the phone and she thanked him for his acts of generosity in the refugee camp.

They captured the cherished moments in pictures:

The power of social media helped Mevan fulfill her dream of meeting her “special angel” and take her back to the years that helped her shape into the woman that she is today.

Mevan who is now a tech manager in London earlier expressed, “It's quite important for me to find him. When I go through bleak times I always go back to that feeling I had when he was so generous to us.

"Acts of kindness can shape a person and I hope I can do the same for others."