Former Australia captain Michael Clarke cannot fathom why Pat Cummins' side is not playing practice or tour games ahead of the Border-Gavaskar series, beginning in India on February 9. 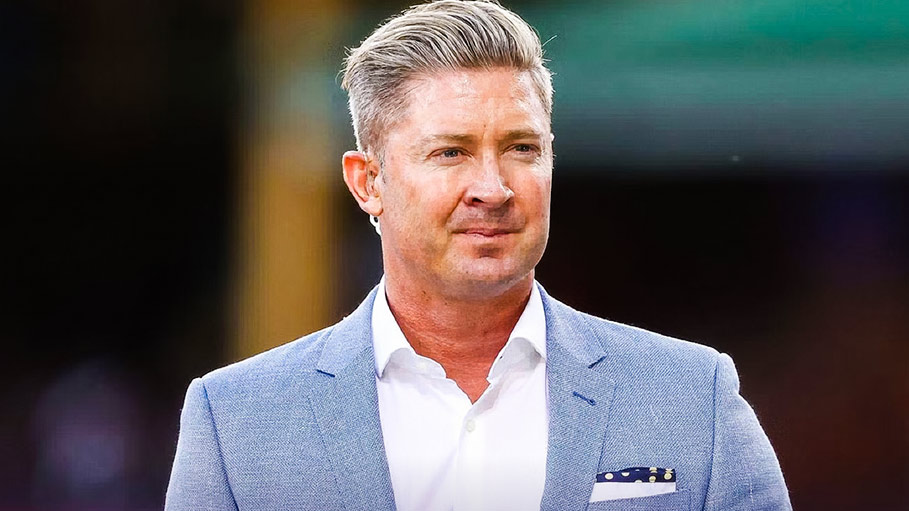 Former Australia captain Michael Clarke cannot fathom why Pat Cummins' side is not playing practice or tour games ahead of the Border-Gavaskar series, beginning in India on February 9. Australia will be touring India for the four-Test series, with the opening game scheduled at Nagpur, and Clarke opined that not playing a tour game could have a "significant" impact on the outcome. "That's the part (not playing tour games) I don't understand," Clarke was quoted as saying by Big Sports Breakfast on Tuesday.

"The no tour game before the first Test in India. I hope I'm proven wrong but I think that is going to be significant." Clarke, who played 115 Tests and scored more than 8,600 runs, added that playing 20-over or 50-over games in India was completely different from competing in the longest format, especially while countering spin.

Former Australia wicketkeeper Ian Healy too had recently expressed surprise at the side not playing a tour game, saying he was a "little bit worried".

Clarke added that the probability of India playing at least two spinner in the four-Test series could well favour them, given that the Australians are predominantly playing quick bowlers.

"So reverse swing is going to play a big part (in India), all these batters that walk out and play bowlers bowling 130-140ks -- there's every chance India is going to play at least two spinners, so it's a completely different game." Australia will likely arrive in India in the middle of next week, giving them around seven days to tune up for the gruelling series, and Clarke felt that wouldn't be enough.

"You need to bat in the best possible conditions (in India) because after that, if you haven't grown up playing in those conditions, man it's extremely difficult to start your innings.

"And if you get in, you need to go on and make a big score because your first 20 runs in India in second innings, whoa, a ball that you go forward to and block in Australia easily against spin, over there can roll along the ground, can bounce and take your glove.

"You can go to block it outside off and it bowls you leg stump, natural variation over there is massive." However, Australia head coach Andrew McDonald said the side had played quite a few series of late without a tour game being part of the itinerary.

"No tour game is something we've done in the last few series, before embarking on overseas tours," McDonald was quoted as saying by SMH.

"We feel as though we don't need that match practice as such. We're going to go to India about a week out from the first game. We didn't want to press for too much longer, in terms of the preparation.

We feel as though seven days is ample time to get ready and to make sure we maintain freshness throughout the whole four Test match series."