Miley Cyrus confirmed the news on Wednesday in a series of Instagram posts. She also uploaded a picture of her and Liam who were embracing each other and captioned it “10 years later..........” 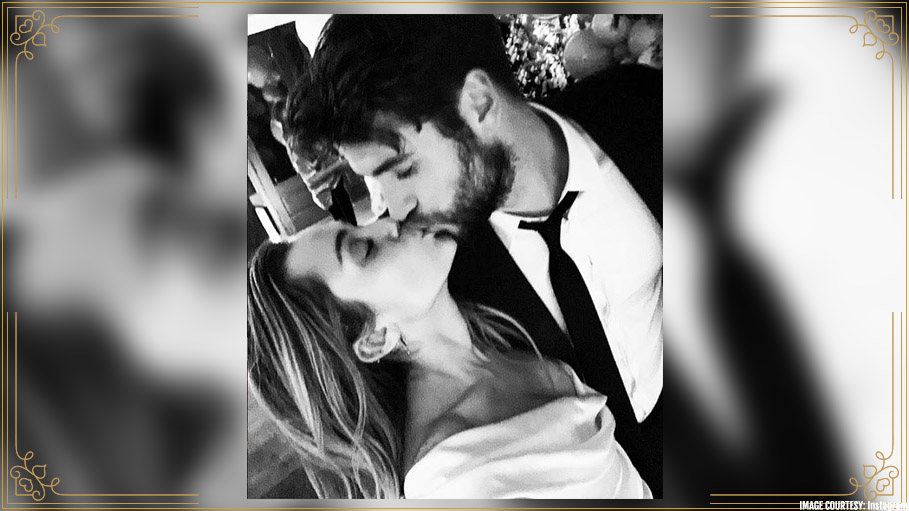 Singer Miley Cyrus is officially married to Liam Hemsworth. The couple tied the knot over the weekend in a private ceremony which was attended by Miley’s parents. Miley’s mom Tish Cyrus and Miley’s dad Billy Ray Cyrus were present in the ceremony.

Miley Cyrus confirmed the news on Wednesday in a series of Instagram posts. She also uploaded a picture of her and Liam who were embracing each other and captioned it “10 years later..........”.

The couple have been dating since 2009 when they first met on the sets of “The Last Song.” The couple even got engaged in 2012 but broke up a year later. According to Miley, she had to work a lot on changing herself but it was difficult to be with someone who was not changing at the same pace.

Speaking of the breakup Miley said “(I) needed to change so much. And changing with someone else not changing like that is too hard. Suddenly you're like, 'I don't recognize you anymore.' We had to refall for each other."

After the break up, the couple worked on their relationship and eventually got back together in Malibu. They planned to have their wedding in their Malibu home, unfortunately, the couple lost their home in the devastating California wildfires. The wedding venue was then shifted to Miley’s home in Franklin, Tennessee. The couple was devastated on losing their home and Liam even shared a photo of the burned down house that displayed the letters ‘LOVE’ that was left in the ashes.

Speaking about this to Ryan Seacrest, Miley said “That’s literally and physically all that’s left, so I felt that that was really poetic. You can always rebuild a physical structure, but that love that can’t be destroyed is always there and always stays strong. That’s been something that gave me a lot of light at a dark time.”

Now, the newlyweds seem to have put the dark phase behind and are eagerly looking forward to lead their life as man and wife.

SEE ALSO:
Austin Butler to Play Elvis Presley in the Upcoming Biopic on the ‘King of Rock N Roll’

Check out The Brand New Thanksgiving Tattoo of Miley Cyrus