A top US official on Wednesday called China's military drills in response to US House Speaker Nancy Pelosi's visit to Taiwan irresponsible and warned of the danger of the situation spiraling out of control. 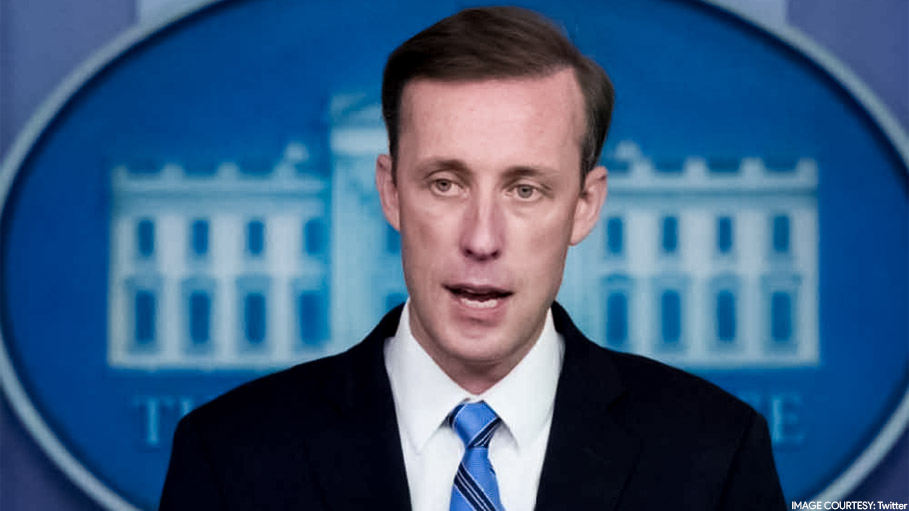 Washington: A top US official on Wednesday called China's military drills in response to US House Speaker Nancy Pelosi's visit to Taiwan irresponsible and warned of the danger of the situation spiraling out of control.

"We believe that what China is doing here is not responsible," said National Security Advisor Jake Sullivan in an interview with National Public Radio.

Beijing on Wednesday geared up for military exercises encircling Taiwan in retaliation for Pelosi's visit to the democratic self-ruling island that China considers part of its territory.

"Whenever a military engages in a series of activities that include the possibility of missile tests, of live fire exercises, of fighter jets buzzing around the skies and ships moving around on the seas, the possibility of some kind of incident is real," Sullivan said.

He urged Beijing to de-escalate tensions in the Taiwan Strait.

"What we are hopeful for is that the PRC acts responsibly and avoids the kind of escalation that could lead to a mistake or miscalculation in the air or on the seas," Sullivan said, using China's official name, the People's Republic of China.

Pelosi, the second in line to the US presidency, departed Taiwan Wednesday morning, having defied a series of increasingly stark threats from Beijing, which considers her visit a major provocation.

China reacted with fury, announcing what it said were "necessary and just" military drills in the seas just off Taiwan's coast -- some of the world's busiest waterways.

Over the last two years, Beijing has ramped up military incursions into Taiwan's ADIZ -- which is not the same as the island's territorial airspace, but includes a far greater area -- but that is still a relatively rare occurrence.