Hitesh Kumar told Times of India, “At one point I thought that my daughter had come alive. But the voice was actually coming from inside the pot.” 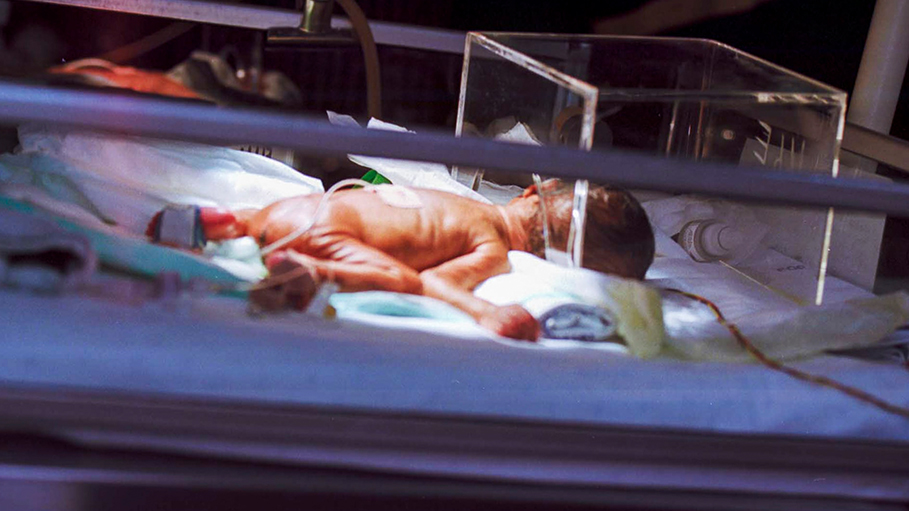 A newborn baby girl was found buried alive in an earthenware pot three feet underground in the state of Uttar Pradesh. The miraculous baby was discovered when another man by the name of Hitesh Kumar was trying to bury his stillborn child.

“As they were digging a grave for her, at a depth of three feet, the spade hit an earthen pot, which was pulled out. There was a baby lying in it,” Bareilly police officer- Mr. Singh explained.

Hitesh Kumar told Times of India, “At one point I thought that my daughter had come alive. But the voice was actually coming from inside the pot.”

He revealed that the child was wrapped in a cloth. The baby was then taken to Maharana Pratap District Hospital in Bareilly where she is receiving treatment in the Special Newborn Care Unit of the hospital.

Even to this day girl babies are considered as burdens in many backward families in parts of India. The fear of giving huge sums of dowry for their daughter’s marriage is a major factor that coerces poor families to kill the girl child. Patriarchal rules, gender bias, discrimination and honour killing in certain societies in India are some of the prime reasons why a male child is chosen over a female child.

Though gender determination before birth is banned in India, yet certain clinics continue to function revealing the gender of the baby. This makes it easier for parents to abort the girl baby. India’s boys’ vs girls’ ratio is the worst as many girl babies lose their lives due to foeticide and infanticide.

Being a woman in India is not easy and brings along with it various inconveniences which families don’t want to deal with. Killing the girl child is found to be an easier and safer option than facing the challenges of raising a girl child in a conservative society. Fortunately, this girl child received a new life and has been named ‘Baby Sita’ by the staff at the hospital. We wish ‘Baby Sita’ a blessed and prosperous life in the years to follow.

SEE ALSO:
Baby Miraculously Survives After Falling From a Speeding Jeep While Parents Were Asleep

Emma Wren Gibson Is That Miraculous Baby, Born From An Embryo Frozen In 1992